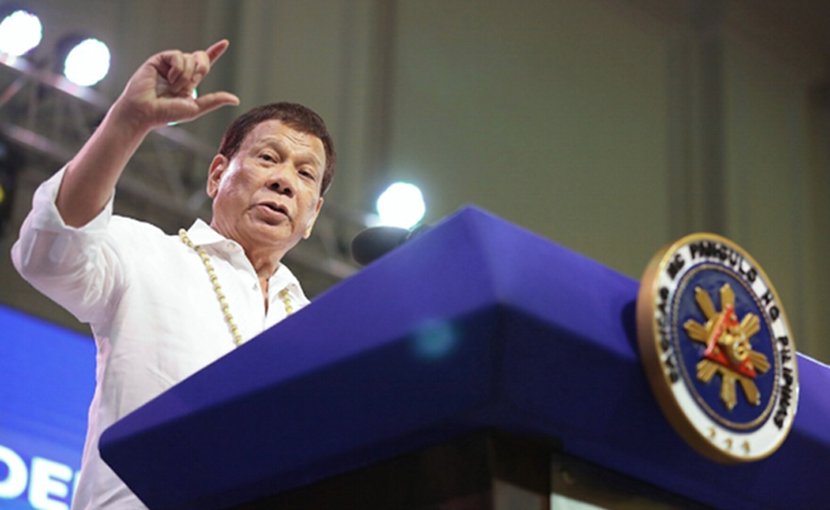 In the Trump era, US national security policy has hardened drastically. As new disguised goals overshadow Asia’s future, independent foreign policy is vital for Philippine focus on peace and development.

In February, President Duterte ordered Foreign Affairs Secretary Teodoro Locsin Jr. to serve a notice of termination of the Visiting Forces of the Agreement (VFA), to the US Embassy in Manila. The termination of the VFA was expected to be effective 180 days from receipt of the notice.

In June, Locsin tweeted that the abrogation of the VFA had been suspended upon the President’s instruction. The decision not to terminate the agreement was made “in light of political and other developments in the region.”

Recently, President Trump’s National Security Adviser Robert O’Brien visited Manila. O’Brien urged for a suspension that would last for a year or longer. The courting was supported with precision-guided “smart bombs” worth $18 million.

Presumably, the objective is to prolong the suspension long enough so that the VFA can no longer be terminated in the Duterte era.

It is an important decision. Unwarranted geopolitics has potential to undermine the much-anticipated Asian Century, which would result in no winners.

Robert O’Brien Jr is a lawyer who doesn’t have a typical background in national security, although he did serve in George W. Bush and Obama administrations. As Trump’s national security advisor, he followed the controversial neoconservative John Bolton and military uber-hawks H.R. McMaster and Michael Flynn.

After three provocative advisors, Trump needed a blander foreign policy hardliner. O’Brien was such a choice, as evidenced by his term since September 2019.

After the killing of George Floyd by Minneapolis police, O’Brien denied there was any systemic racism in US police. In his case, such views have a long legacy since 1987, when he chose to study at the racist University of the Free State in the segregated South Africa, then-target of broad UN boycotts and US sanctions.

In the past year, O’Brien has defended Trump’s decision to pardon a Navy SEAL, a convicted war criminal who shot several innocent civilians; and the drone execution of Qasem Soleimani, the head of Iranian Islamic Revolutionary Guard. He also supported President Trump’s withdrawal from the Iran nuclear deal (JCPOA), which drove the region at the edge of another war.

O’Brien’s greatest failure has been his minimal involvement in the fight against COVID-19. He was informed about the Chinese outbreak in the first week of January. And yet, due to belated and ineffective mobilization, United States is now coping with its third pandemic wave. COVID-19 has already killed almost 300,000 Americans – which exceeds the number of US combat deaths in World War II.

At the same time, rising risks in several world regions have been compounded by the Trump administration’s decision to withdraw from the Treaty on Open Skies, the Intermediate-Range Nuclear Forces (INF) Treaty, the Iran nuclear pact (JFPOA), the Paris Climate Agreement, the World Health Organization, and efforts to exit the World Trade Organization, among others. Most of these activities have been implemented under O’Brien’s watch.

Understandably, President-elect Biden will try to reverse the key unilateral policy mistakes. But Trump’s unwillingness to accept the White House transition, the split Congress, and efforts to escalate geopolitics before January 20 could make such reversals more difficult.

In the White House, O’Brien aligned himself with Trump’s protectionist trade czar and China basher Peter Navarro. Both have pushed for significant increases of US military activity in the South China Sea.

Under O’Brien’s watch, the risk of accidental conflicts in Asia has significantly increased.

In September, a US Air Force reconnaissance aircraft flew over the Yellow Sea, after it changed its identification code to a Philippine aircraft. It reverted back to its original number only after completing its mission. Days before, US RC-135s had electronically disguised themselves as Malaysian civilian aircraft while flying close to Chinese airspace.

According to China’s foreign ministry, US has deployed similar maneuvers over 100 times in the ongoing year. Under O’Brien’s watch, that is.

Such ploys escalate tensions and increase the probability of accidental conflicts. Moreover, flying in disguise puts civilian aircraft at risk. In 1983, Soviet Air Force shot down a Korean Airlines KLA007 passenger flight in its airspace after misidentifying it as an intruding US spy plane. All passengers perished.

In the past, similar ploys have paved the way to “false flag” operations in which the blame is attributed to another party, as the real source of responsibility is disguised.

Due to the global pandemic, the number of civilian planes in the air remains at a historical low. It is thus not clear whether these disguised flights represent calculated gambles or whether the strategic objective is precisely to climax friction – in order to limit the Biden administration’s strategic maneuverability in the coming months.

Toward the Biden administration

Will such schemes prevail in the impending Biden era?

Reportedly, O’Brien will be replaced by Jake Sullivan, senior policy advisor of Hillary Clinton’s 2016 campaign who had a major role in the Iran nuclear talks. Sullivan’s priorities include the global pandemic and making public health a permanent national security priority and China. In the case of COVID-19, the objective is clearly to avoid the policy plunders by Trump and O’Brien in the future. But what about China?

Sullivan is likely to be supported by Avril Haines as Director of National Intelligence.  As President Obama’s former deputy counsel for national security, Haines is seen as a hardliner by the Democrats’ progressive wing. She supported Trump’s decision to nominate Gina Haspel as CIA Director, despite Haspel’s role in the secret black site torture sites and the destruction of torture videotapes.

The concern of the progressives is that, instead of taking distance from the Trump and Obama era, Biden’s team would continue what they call America’s “forever wars” and controversial “destabilization and covert operations.”

In the spring, US Congress researchers pondered the question, what if the Philippines ends the visiting forces agreement? “The Philippines is a US treaty ally, and the termination of the VFA would not change that status,” they concluded. “However, broad aspects of U.S.-Philippine cooperation, including military exercises and U.S. access to Philippine military facilities, could be made difficult or impossible without the legal protection of the VFA.”

Losses of effective sovereignty have potential to entangle countries in proxy conflicts they would and could otherwise avoid, as US founding fathers knew only too well.

Independent foreign policy includes full and effective sovereignty over the nation’s territory. In the past, it has also been typical to successful BRIC experiences (e.g., Brazil under the Lula government, foreign minister Ahmet Davutoglu’s “zero-problems with the neighbors” policy in Turkey). When the regional neighborhood enjoys peace and stability, economic development is more likely to thrive.

Similarly, neither Philippines nor other regional countries should be exploited as military sites or dragged into proxy conflicts, by any foreign interest.

Obviously, a sovereign Philippines should foster friendly relations with all nations, particularly with the ASEAN community, and with both China, the rising Asian economic power, and United States, the old Pacific military power.

The way to realize the Filipino dream of peaceful regional neighborhood, rising living standards, inclusive growth and the eradication of poverty is to focus on economic development – while maintaining peaceful relations with all major powers.