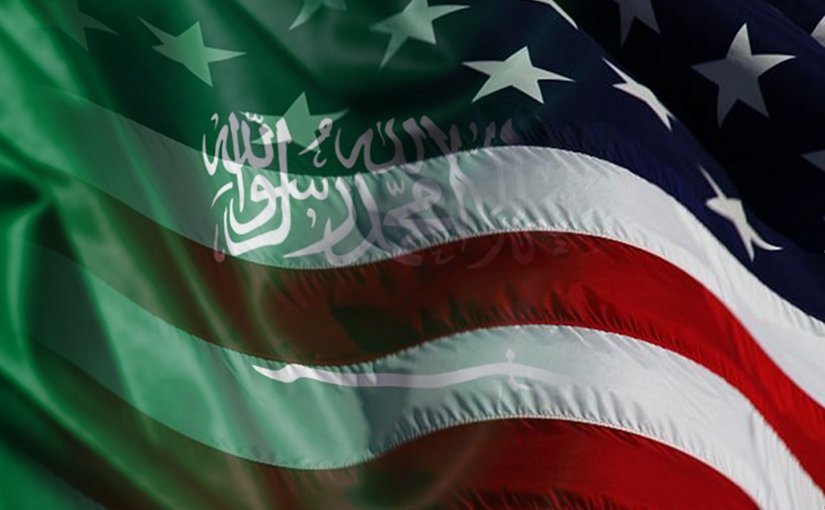 Saudi Arabia and the US have shared a long strategic alliance, ever since President Franklin D. Roosevelt met with the founder of the modern Kingdom of Saudi Arabia, King Abdul Aziz, in 1945. Saudi-US relations have continued to evolve in a way that serves the interests of both countries.

Although ties have sometimes cooled and experienced tensions, as is always the case with political relations between countries, the relationship between the two has not fundamentally changed. It has pivoted on strong strategic cooperation in the region and the world.

Some analysts, however, are expecting a potentially significant shift in Saudi-US relations during the term of President-elect Joe Biden. According to their viewpoint, relations between Washington and Riyadh will deteriorate, perhaps surpassing the decline in relations witnessed during the term of former President Barack Obama. This is because Biden worked in the Obama administration and contributed to its foreign policy positions at the time. This is in addition to his close relationship with Obama, who played a big role in urging US voters to vote for Biden, and the president-elect’s decision to appoint a handful of prominent Obama-era officials to his administration.

While this viewpoint has gained traction in media circles, one can boldly and definitively say that Saudi-US relations will not, during the Biden administration, achieve the same highs as witnessed during Donald Trump’s term. This is for several reasons. Saudi Arabia was President Trump’s first foreign destination after taking office and, on his watch, Saudi-US relations witnessed great harmony in terms of several economic, security, political and geopolitical issues.

This level of harmony may be described as exceptional, even in the framework of the strong relations that exist between the two countries. Nevertheless, if we take a wider and more comprehensive view of the history of relations and common interests between Riyadh and Washington, over more than seven decades, we will find that the Biden administration is unlikely to be an exceptional case.

This is because Saudi Arabia is neither a banana republic nor a marginal state. Rather, it has great global economic and political weight. It is also the most prominent exporter of energy and the holder of the largest oil reserves in the world, while the spiritual status of the Kingdom, with it embracing the Two Holy Mosques, gives it a hefty and unique position. In addition, Riyadh is a distinguished international partner in combating terrorism, countering it intellectually and stifling it financially, and is the largest contributor to the UN Office of Counter-Terrorism.

Furthermore, Washington recognizes the influence of Saudi Arabia on global energy prices. A recent and good example in relation to this is the letter written by US shale oil companies to Trump asking him to discuss with Saudi officials the possibility of raising energy prices to a level that serves the interests of both countries. The fact that the cost of extracting shale oil is double that of conventional oil illustrates the importance of Saudi Arabia to the US domestic economy.

Besides, Middle Eastern experts who witnessed the significant developments in the region that took place during the Obama administration — including the so-called Arab Spring protests, the support provided to political Islamist groups such as the Muslim Brotherhood, and the developments in Arab-Israeli relations — know that it will be almost impossible to turn back the clock. In fact, many controversial issues and topics from that period have become much clearer to the Arab public, particularly Saudi society.

At the Saudi domestic level, Riyadh has introduced significant reforms at all levels over the past five years and many of the allegations that the Democrats hurled at Riyadh are now redundant. Historically, the US Democrats and the left have focused on specific issues like human rights.

They have also pushed for regional negotiations and political settlements without offering firm solutions to regional problems. Rather, they have primarily wanted to leave a legacy. This is a mistake that the Obama administration made and hopefully the next US administration will learn from in order to refrain from pushing the region into further conflict.

In brief, Riyadh has sufficient capacity to defend its national interests and build good relations with the incoming US administration, as has always been the case with previous US administrations, while enjoying privileged relations with other international actors, such as China, Russia and the EU. Biden’s four-year term will not lead to a big shift in the long-standing Saudi-US relations. Rather, the Biden administration is expected to be busy with domestic issues, the consequences of the coronavirus pandemic, and rebuilding Washington’s strained relations with Europe.

In relation to Iran, the Biden administration might seek a new nuclear agreement. However, this agreement will be preceded by consultations with Washington’s Gulf allies, particularly Saudi Arabia, as Biden’s position on Iran’s hostile behavior and missile program is in line with Saudi Arabia’s.

In addition, Biden is expected to be tougher on Turkey in relation to Recep Tayyip Erdogan’s projects on both the European and Libyan fronts. This is also in line with Saudi Arabia’s position. Contrary to reports in the media, I do not rule out positive developments in Saudi-US relations and the signing of major deals between the two allies.

Lastly, we must keep in mind that the statements made during election campaigns should not be taken too seriously, as they are primarily projected to persuade voters. The comparison of Trump’s statements against Saudi Arabia during his election campaign with his positions after his arrival in the White House provides a telling example. In fact, this sort of rhetoric is a regular feature of every election campaign. Perhaps former Saudi Ambassador to the US Prince Bandar bin Sultan’s description of the election campaign period as “silly season” is apt in this regard.

The article The Future Of Saudi-US Relations In Biden Era – OpEd appeared first on Eurasia Review.

The post 1. US Security from Michael_Novakhov (88 sites): Eurasia Review: The Future Of Saudi-US Relations In Biden Era – OpEd first appeared on The News And Times Blogs Network – newsandtimes.net.