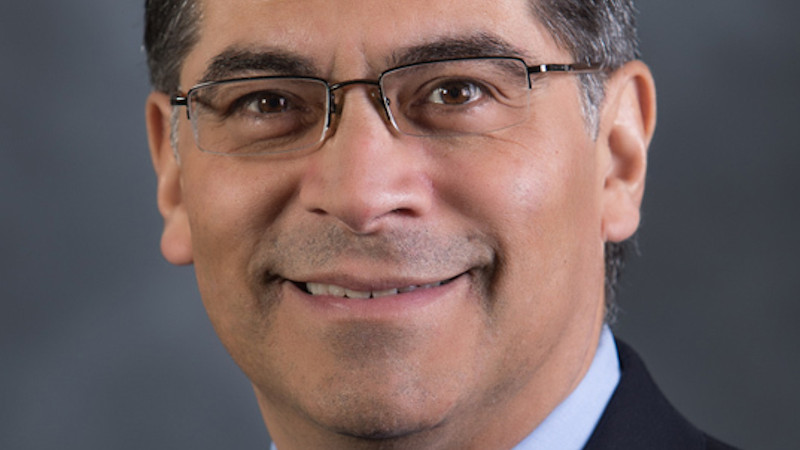 It would be hard to find any public servant more anti-life and anti-religious liberty than Xavier Becerra. Yet he has been named by Joe Biden to be his Secretary of Health and Human Services (HHS), a post that directly impacts on life and religious liberty.

Becerra is the Attorney General of California, with no background in medicine or health. Last week five prominent healthcare organizations called on Biden to appoint “qualified physicians to serve in key positions critical to advancing the health of our nation.” They were reportedly unhappy with his choice of Becerra, and some said they were “astounded.”

So what are Becerra’s qualifications for the job? He is passionate about expanding access to abortion, and that is about it. Quite simply, he is a pro-abortion zealot. When he served in Congress, before his current post, he voted in favor of allowing human embryonic stem cell research, thus giving the green light to the killing of nascent human life, all in the name of science.

He voted against making it a crime to kill an unborn baby during the commission of another crime. He approved of human cloning for research purposes. He said no to funding healthcare providers who refused to provide abortion information. He voted to fund abortion at home and abroad. He opposed banning partial-birth abortion. And he opposed a ban on transporting minors to get an abortion.

Not surprisingly, Becerra always gets a 100% rating from NARAL and Planned Parenthood; he merits a 0% rating from the National Right to Life.

No abortion is more gruesome than partial-birth abortion procedures: it kills babies who are 80% born. This explains why the Congress banned it in 2003. Becerra voted to keep it legal.

Pro-abortion advocates say they are not really champions of abortion; they claim to be pro-choice. If that were indeed the case, they would be in favor of giving pregnant women contemplating an abortion the choice of bearing the child and putting the baby up for adoption. But few are. Becerra is not one of the few. In fact, he has worked hard to deny these women such a choice.

In 2016, the California Attorney General’s name appeared in a case before the U.S. Supreme Court, National Institute of Family & Life Advocates v. Becerra. The lawsuit was brought by this pro-life institute after Becerra tried to effectively close down the state’s crisis pregnancy centers.

Becerra invoked a law that required abortion alternative centers to post a message that undercut their purpose: they were mandated to tell their clients that the state will pay for their abortion. The centers pushed back arguing that this constitutes “compelled speech” and is therefore unconstitutional under the First Amendment. The Supreme Court agreed in 2018, but it had no effect on Becerra cooling his jets.

Remember the pro-life activists who went undercover to film Planned Parenthood officials trafficking in aborted baby parts? Becerra brought felony charges against them, something so drastic that even the pro-abortion Los Angeles Times criticized him for “disturbing overreach.” In 2017, a judge dismissed 14 of the 15 charges as legally insufficient.

If Becerra believes the state should be allowed to step on the brakes of human life from developing, he also believes the state should be allowed to accelerate its demise. He is a big proponent of allowing sick patients to check out early. That is why he spent a lot of time fending off challenges to California’s End of Life Option Act, a law passed in 2016.

Becerra’s record on religious liberty is as extreme as his views on the sanctity of human life. As both a congressman and as attorney general, he has worked tirelessly to undermine conscience rights.

For example, in another losing effort, he objected when the Supreme Court defended the religiously grounded conscience rights of business owners who were being compelled to pay for life-taking procedures in their healthcare plan. He said it is one thing for an individual to hold to his religious beliefs, quite another for him to act on them. The high court was not impressed with this kind of hair-splitting dichotomy.

Whenever it comes to a clash between gay rights and religious liberty, count on Becerra to honor the former—even though they are nowhere mentioned in the Constitution—and not the latter, even though they are expressly mentioned in the First Amendment. This explains why he filed an amicus brief in the case where a baker was being forced against his will to prepare a specially made wedding cake for two men.

Becerra also wants to force healthcare workers to participate in unnatural sexual surgeries, that is, in cases where male parts are transitioned to a female, and vice versa. If the workers protest, invoking their conscience rights, he says they should lose.

The Little Sisters of the Poor have been besieged with lawsuits attempting to force them to pay for abortion-inducing drugs in their healthcare plans. Becerra is one of the cultural warriors working against them. He fought the Trump administration’s defense of the nuns’ religious liberty objections, filing lawsuits to compel them to follow the HHS mandate. He fought them at every juncture and will now lead the fight, as pledged by Biden, to undermine the Supreme Court victory awarded the nuns this past summer.

Not surprisingly, Becerra also objected to the religious exemptions sought by houses of worship during the Covid-19 pandemic. No matter how draconian the restrictions on houses of worship, Becerra could be counted on to defend them, blithely disregarding their First Amendment rights.

On life and liberty, Becerra’s record is positively obscene. It would be wise for Biden to pull his nomination now before things get ugly. People of faith, and fair-minded persons of no faith, must stand in unison against such an extremist.

The article Becerra Is A Threat To Life And Liberty – OpEd appeared first on Eurasia Review.