(NewsNation) — South Carolina’s Lowcountry, known for its coastal waterways and salt marshes, and part of the Deep South a century ago, is now a bustling spot for tourists attracted to the historic cities of Charleston and Savannah.

In the southeast corner of the state, we find Hampton County, home to fewer than 3,000 people. It’s a small community, where everyone knows everyone — which means everyone knows Alex Murdaugh.

Murdaugh’s family has legal roots as old as the county itself. It is even known by some as “Murdaugh County.”

This is where Randolph Murdaugh Sr. became a solicitor, a role similar to a district attorney.

He was succeeded by his son, Randolph “Buster” Murdaugh Jr. in 1940, and then his grandson Randolph Murdaugh III.

What is the reputation of this family, this dynasty? Ruthless, and not afraid to use the power they have amassed, some say.

And then … there’s Alex.

He didn’t have quite the same reputation as some of his predecessors and he was known to be a little bit lazy, but he was the patriarch of a picture-perfect family. He was, that is, until first responders went to the family’s Moselle estate — a 1,700-acre hunting property — tucked away in a rural area.

According to court documents, Alex’s wife, Maggie Murdaugh, was shot multiple times with a high-powered rifle, including in the back of the head while she was lying facedown on the ground.
Their 22-year-old son Paul was killed with a shotgun, struck in the head and chest.

Authorities reportedly thought Alex was a person of interest from the very beginning.

The South Carolina Law Enforcement Division (SLED) was tasked with investigating the murders. 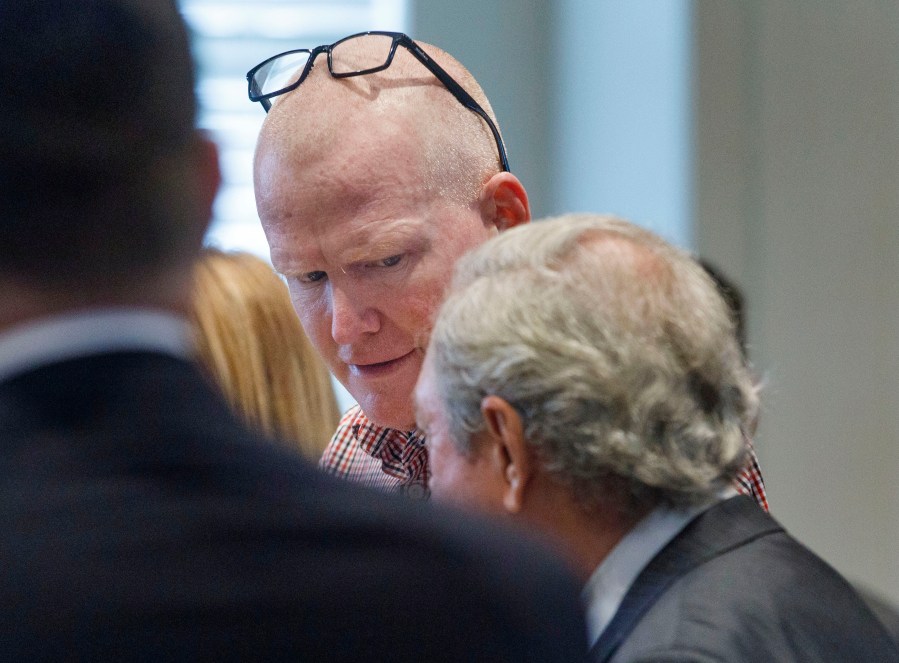 Around that time, the rest of Alex Murdaugh’s world started to unravel.

“Someone stopped to help me, and then they tried to shoot me,” Alex Murdaugh said.

The initial report was that a vehicle passing by saw him changing one of his tires and took a shot at him.
Alex was taken to the hospital with a superficial gun wound. Days later, there was another bombshell connected to that roadside call: Authorities say Alex Murdaugh hired a former client named Curtis Smith to kill him. With Murdaugh dead, they say, it would clear the way for his son Buster to collect on a $10 million insurance policy.

It’s just another one of the crazy components of this Southern gothic drama that just continues to unfold in the South Carolina Lowcountry.

Not only did Alex Murdaugh not get the insurance payment, but he is accused of embezzlement and fraud.

There are nearly 100 counts of financial criminal activity, totaling nearly $10 million over the period of about a decade. Accused of stealing from clients in his legal practice, Alex Murdaugh resigned from the firm, then days later, a 20-year addiction to opioids was disclosed and he went into rehab.

Then, in July 2022, more than a year after his wife and son were killed, Alex Murdaugh was arrested and charged in their deaths.

Forensic evidence was really what drew investigators to Alex Murdaugh as the top suspect in these killings. That evidence, however, has come into question over the last few weeks.

Prosecutors say it took Alex more than an hour to call 911. They point to blood spatter on his clothing.

Some are questioning, though, whether the spatter or the article of clothing where they were reportedly found had been damaged, or if they even exist anymore.

One theory for Alex Murdaugh’s motive is that he allegedly committed the two killings to try to buy time to fend off his financial downfall.

Alex Murdaugh has pleaded not guilty. His defense attorneys say there is no DNA.

Now, it’s all going to come down to a jury Monday, and a battle of some of the best legal minds in the region.