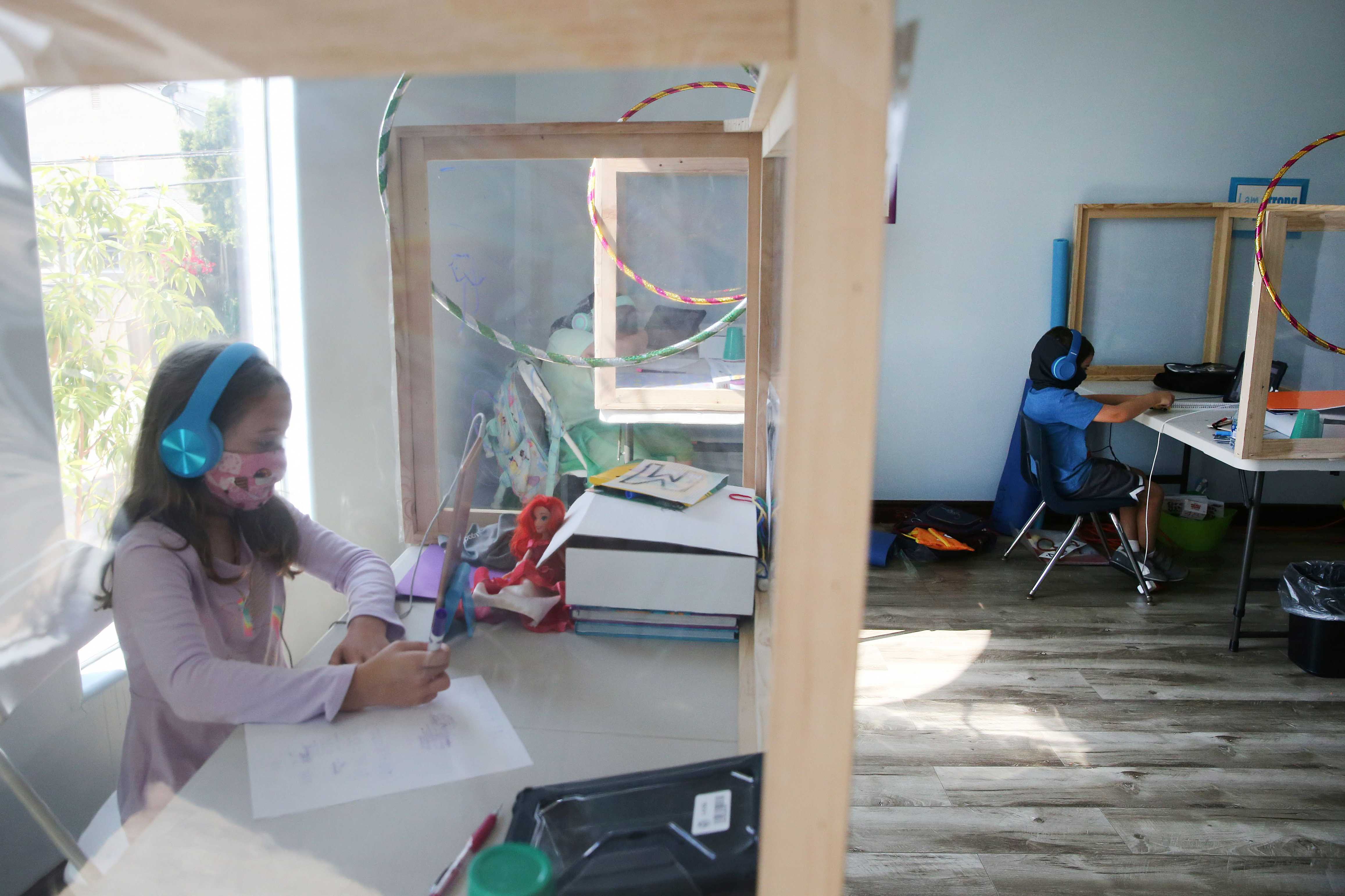 SACRAMENTO, Calif. — Seven families took California to court Monday, accusing the state of failing to ensure “basic educational equality” during a prolonged period of remote learning brought on by the Covid-19 pandemic.

The plaintiffs say the state isn’t providing the equipment, training and support that low-income families desperately need and that it has left it up to districts and teachers to navigate the challenges on their own, providing scant guidance or oversight. Meanwhile, they say, families have been forced to pay for basic school supplies or make do without a computer for each child or reliable internet access.

“Because of the State’s inadequate response, parents and grandparents have had to become tutors, counselors, childminders, and computer technicians, and they have had to find a way to pay for what are now basic school supplies — laptop/tablets, paper, printing, and internet access,” the lawsuit says, adding that the state has “offered families no training, support, or opportunity to provide input into plans for remote learning, the eventual return to in-person instruction, or the delivery of compensatory education.”

The Alameda Superior Court filing comes as most public schools in the state have yet to return to classrooms nearly nine months after closing campuses when the pandemic struck. The challenges of distance learning are exacerbating the existing inequalities in the public education system, the suit said, causing many to miss lessons and fall behind their classmates whose families have the means to overcome such barriers. In particular, the suit says, Black and Latino students have suffered most.

“For many families, a single room is now a multi-grade classroom as well as a workplace for several adults. For students without homes, school is now wherever they can find an internet connection,” the lawsuit says. “The change in the delivery of education left many already-underserved students functionally unable to attend school. The State continues to refuse to step up and meet its constitutional obligation to ensure basic educational equality or indeed any education at all.”

The nonprofit law firm Public Counsel along with the international firm Morrison & Foerster filed the case on behalf of the families. The suit comes as many large school districts approach year’s end without reopening dates. Meanwhile, students attending some rural and suburban public districts and most private schools, including Gov. Gavin Newsom’s children, have already returned in person. Early indications show that public school students are failing in larger numbers this fall, according to data cited by the plaintiffs and newspaper reports.

The Alameda suit says that even if school reopening isn’t possible, the state has not met its obligation to ensure that students learning remotely are receiving an equal opportunity and points to a lack of enforcement of state requirements intended to ensure students are receiving an adequate education. It also said state education officials must include families and community groups in planning about remote learning and the eventual return to the classroom, as well as how to catch children up after they have fallen behind.

The lawsuit highlights the work of groups such as the Community Coalition in Los Angeles and Oakland REACH, both plaintiffs in the case. Oakland REACH, a parent-led nonprofit that created a virtual learning hub in the spring, issued laptops and internet hot spots to participants and even hired teachers to deliver lessons online. It is now providing the families of 375 children with tech support, a family liaison, virtual after-school programming and training for caregivers on how to facilitate remote learning, said its co-founder, Lakisha Young, who has three school-age children.

“We want to see solutions like the Hub scaled in California, especially at a time where it doesn’t seem like we’re going back to school anytime soon,” Young said Monday.

Newsom and state health officials this month have moved nearly the entire state into the most-restrictive purple tier due to an unprecedented rise in coronavirus cases. The rules make it difficult for school districts to reopen anew but allow schools that have already returned to class to keep their campuses open. Districts also can choose to reopen elementary schools and programs that serve students with special needs, but most have been slow to do so.

Large city districts have grappled for months with the challenge of reopening campuses for tens of thousands of students. Teachers unions and some families have asserted that classrooms remain unsafe because districts lack sufficient testing and contact tracing capabilities to control the virus spread. They also say classrooms lack proper ventilation and that teachers and school staff should not be expected to bear the risk of being exposed to dozens of students daily. Some have said that a hybrid system would also prove too taxing for teachers and families because of the constantly changing logistics.

But proponents of school reopening have pointed to research showing lower infection risks among schoolchildren, especially the youngest students. They also emphasize that students are suffering from a lack of social, emotional and academic support — and that some students rely on their schools for other basic needs.

One Democratic state lawmaker, Assemblymember Patrick O’Donnell (D-Long Beach), likened the situation to “state-sponsored segregation” in an interview with POLITICO this month.

“The impact of the pandemic on California’s most vulnerable students has been to deny them in far too many instances even the semblance of an education, dramatically widening an already indefensible opportunity gap with their more privileged counterparts,” said Mark Rosenbaum, Director of Public Counsel’s Opportunity Under Law Project. “Remote learning may not be preventable but the remoteness of California officials to the desperate educational needs of its children is.”