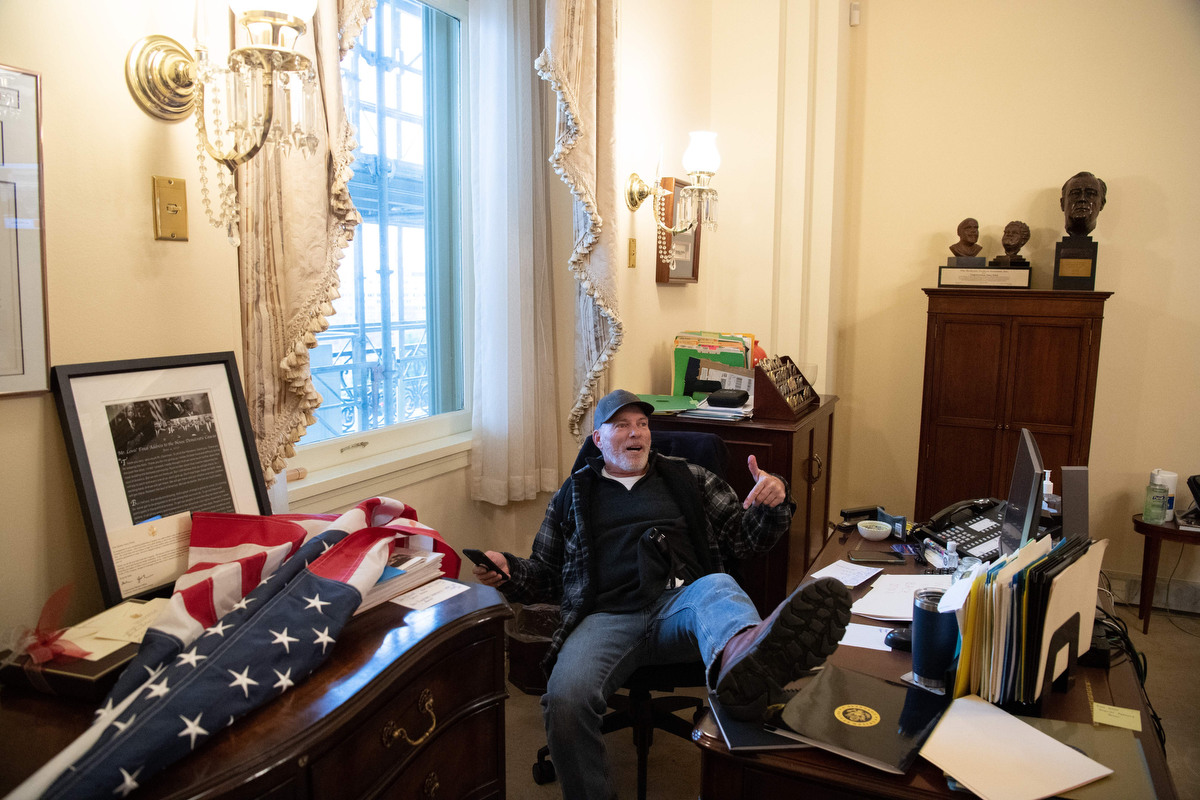 A federal judge has turned down a bid for release by the man photographed with his feet up on a desk in House Speaker Nancy Pelosi’s office during the Capitol riot earlier this month.

Two weeks ago, a federal magistrate in Arkansas ordered that Richard Barnett, 60, be placed on home detention to await trial on a felony charge of entering the Capitol with a dangerous weapon, as well as misdemeanor charges of unlawful entry to a restricted building, disorderly conduct and theft.

During Howell’s first public court session in a riot-related case since the Jan. 6 unrest, the judge — a former Senate Judiciary Committee counsel — appeared to be brimming with anger over the assault on the Capitol. She repeatedly emphasized that the rioters not only disrespected the historic building, but were engaged in an attempt to undermine the Constitution.

Howell commented that the events at the Capitol three weeks ago struck fear into the hearts of lawmakers, staff and members of the media. She also said the rioters had transformed life in Washington, leading to the deployment of thousands of National Guard troops and the placement of crowd-control fencing cutting off much of the downtown.

“This was not a peaceful protest,” the judge added. “We’re still living here in Washington, D.C. with the consequences of the violence in which this defendant is accused to have participated.”

The judge seemed particularly provoked by Barnett’s brash, ostentatious behavior, describing as evidence he was likely to defy any court order about how to behave while on release.

While the judge called the charges against Barnett “gravely serious,” they are actually relatively modest. Others who took part in the riot face a slew of charges including assaulting police with a dangerous weapon, obstruction of Congress and interfering with police during civil disorder. Prosecutors say they’re also considering filing sedition charges against some rioters.

Perhaps fortunately for Barnett, future proceedings in his case are unlikely to take place before Howell. If he’s indicted or pleads guilty to a felony in the case, it will be put up for random assignment.