Tesla (TSLA.O) is developing a revamped version of Model 3, according to four people with knowledge of the effort, as the top EV maker aims to cut production costs and boost the appeal of the five-year-old electric sedan.

One focus of the redesign codenamed “Highland” is to reduce the number of components and complexity in the interior of the Model 3 while focusing on features that Tesla buyers value, including the display, according to the people, who asked not to be named because the revamp has not been announced.

The previously unreported redesign comes as the electric sedan faces increased competition from models from the likes of China’s BYD (002594.SZ), Hyundai (005380.KS) and coming releases from other major automakers.

The revamp of the battery-powered sedan, which could also include some changes to the Model 3’s exterior and powertrain performance, will go into production at Tesla’s factory in Shanghai and the company’s Fremont, California plant, two of the people said. Tesla’s Shanghai Gigafactory will put the redesigned Model 3 into production in the third quarter of 2023, they said.

It was not clear when production would start at the Fremont plant or how large a cost savings Tesla would achieve from the redesign as it works with suppliers.

The effort spotlights an approach to vehicle development pioneered by Tesla and now being copied by other automakers, including Toyota Motor (7203.T), that removes complexity – and cost – in production.

It is also an example of a key project at Tesla that has rolled ahead even as Chief Executive Elon Musk has focused on his troubled acquisition of Twitter in recent months, an area of concern for Tesla investors.

Tesla did not respond to a written request for comment from Reuters.

The redesign for the Model 3 builds on the revamp of the Model S — Tesla’s premium EV sedan — that was released last year. That redesign added an airplane-style yoke in place of a traditional steering wheel and removed buttons and traditional air vents as part of a minimalist interior where the centerpiece is a 17-inch electronic display.

The Model 3, Tesla’s cheapest EV starting at just under $47,000 in the United States, had been the automaker’s best-seller but is being overtaken by the Model Y crossover. With only four models in production, styling changes to any part of Tesla’s lineup carry an outsized importance compared to established automakers.

Ed Kim, president of AutoPacific Group, which tracks market trends and production, said the current Model 3 has already been updated from the version that first went on sale in 2017 because of the way Tesla updates battery performance, information and entertainment options through software, even if it still looks the same.

“Having said that, consumers still tend to equate visual changes with newness,” he said. “Tesla knows visually tangible changes are in order.”

“The upcoming changes that potential customers can see and feel will be very important in ensuring that EV customers still have Tesla at the top of their minds as truly excellent alternatives to Tesla are starting to flood the market,” he said.

Musk has pushed a simplified approach to design and production at Tesla that the Highland project extends, said the people with knowledge of the development.

Tesla has pioneered the use of massive casting machines known as Giga Press and built by IDRA Group in Italy to make single, larger pieces of a vehicle in assembly, reducing cost and speeding production. It has also designed a structural battery pack that does away with more expensive modules.

Musk has said Tesla is looking to drive costs down through simplification and working on a small-car platform that would be half the cost of the Model 3.

“Over and over, we found parts that are not needed. They were put in there just in case or by mistake. We eliminated so many parts from a car that did nothing,” Musk said in an interview at a Baron Funds conference earlier in the month.

The approach is part of what has made Tesla the most profitable electric vehicle maker while many rivals are still running at a loss. In the third quarter, Tesla made a profit of just over $9,500 for every car sold, compared to roughly $1,300 for Toyota, according to disclosures by both companies.

The revamp of the Model 3 comes at a time when sales in China, its second-largest market after the United States, are under pressure. Sales for the Model 3 in China fell 9% in the first ten months from a year earlier, while BYD’s Qin and Han electric sedans outsold the Model 3, according to China Passenger Car Association.

To boost sales, Tesla cut prices for Model 3 and Model Y in China by as much as 9% in October and offered an additional rebate for buyers who took immediate delivery.

Sam Fiorani, who tracks Tesla and industry-wide production at Auto Forecast Solutions, said the upcoming changes to the Model 3, which he understood were coming, showed the power of Tesla’s approach in taking out complexity.

“They are always looking for ways to make EVs profitable, and more profitable,” he said. 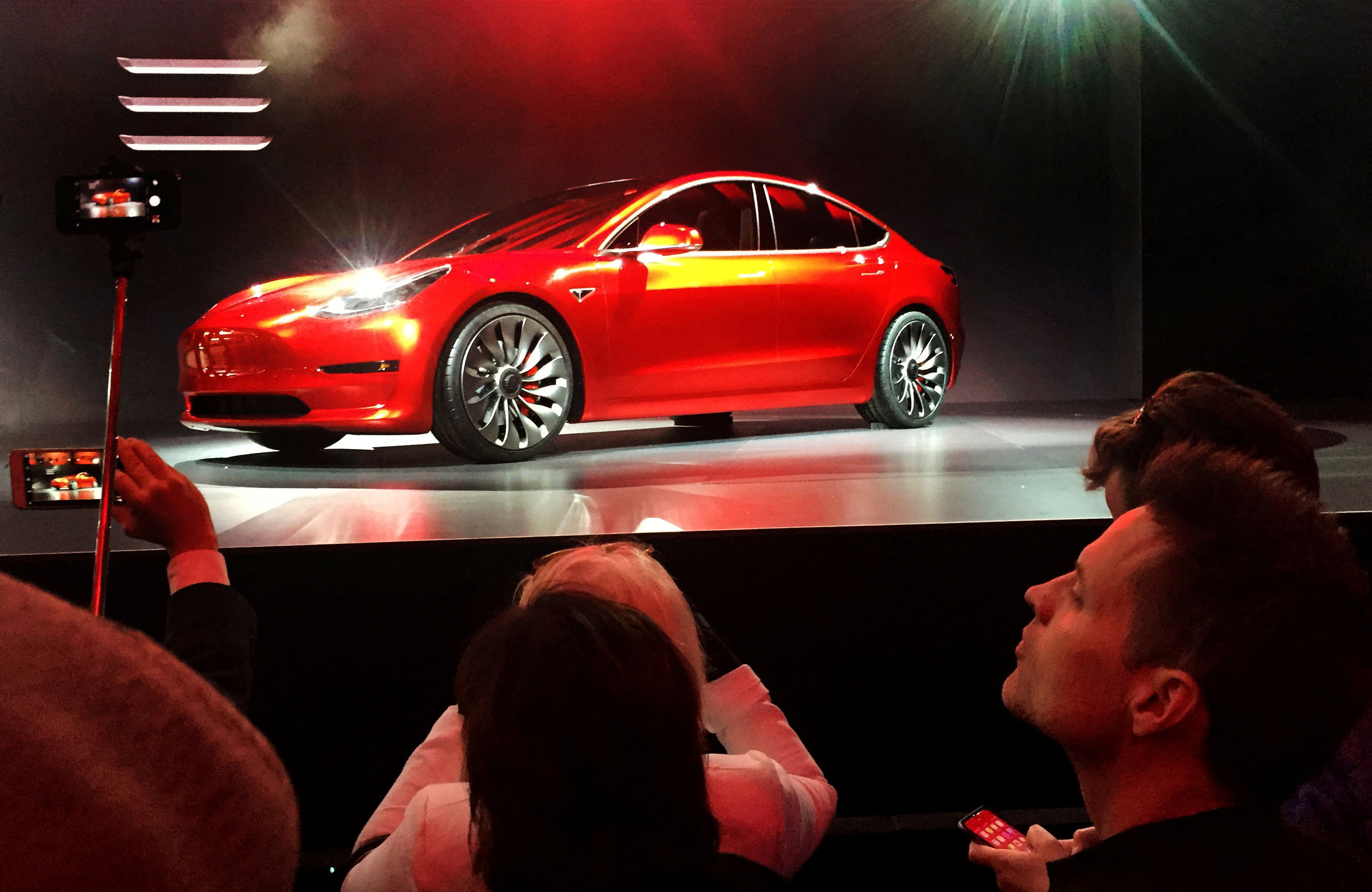 A Tesla Model 3 sedan, its first car aimed at the mass market, is displayed during its launch in Hawthorne, California, U.S. March 31, 2016. REUTERS/Joe White -/File Photo 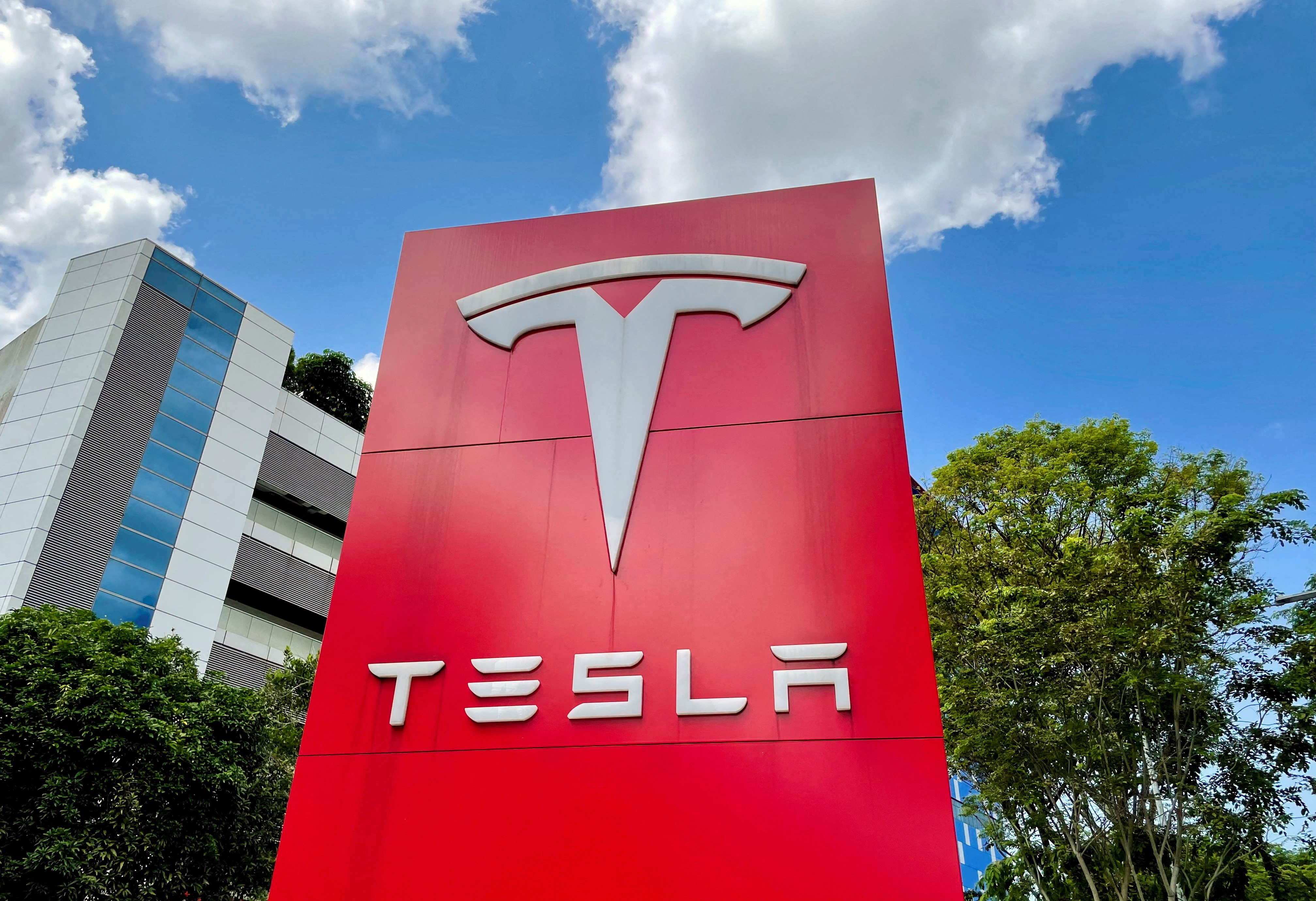 A view of the Tesla service centre in Singapore July 16, 2022. REUTERS/Chen Lin/File Photo