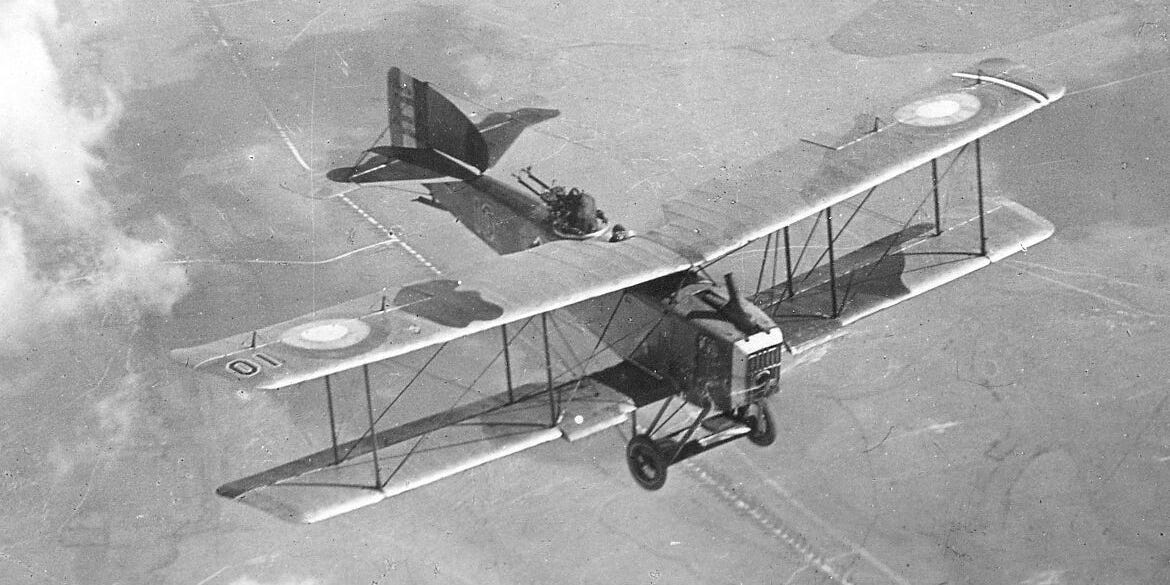 Lt. Stephen Thompson recorded the first combat victory in American aviation history 103 years ago. It certainly wasn’t the most conventional way to get a win. Thompson was in a French aircraft, and he wasn’t even supposed to be in the air!

Lt. Thompson was in France assigned to the United States’ 12th Aero Squadron. The Americans, at this time, were leaps and bounds behind Europe in the development and logistics of aerial warfare. The 12th Aero Squadron didn’t even have their planes at the time, and they needed training before taking off into the fight.

Thompson and his comrades were watching a French bomber squadron and trying to soak up everything they could, presumably fairly wide-eyed at the new technology while trying stay composed in front of their more seasoned French counterparts.

Like many aircraft of this era, the Bréguet bombers of this squadron were two-seaters, for a pilot and an “observer.” The first and most important role of aircraft in World War I was reconnaissance, so the observer’s primary responsibility was to take pictures of enemy positions while a pilot with nerves of steel kept the aircraft steady and level over hostile territory. 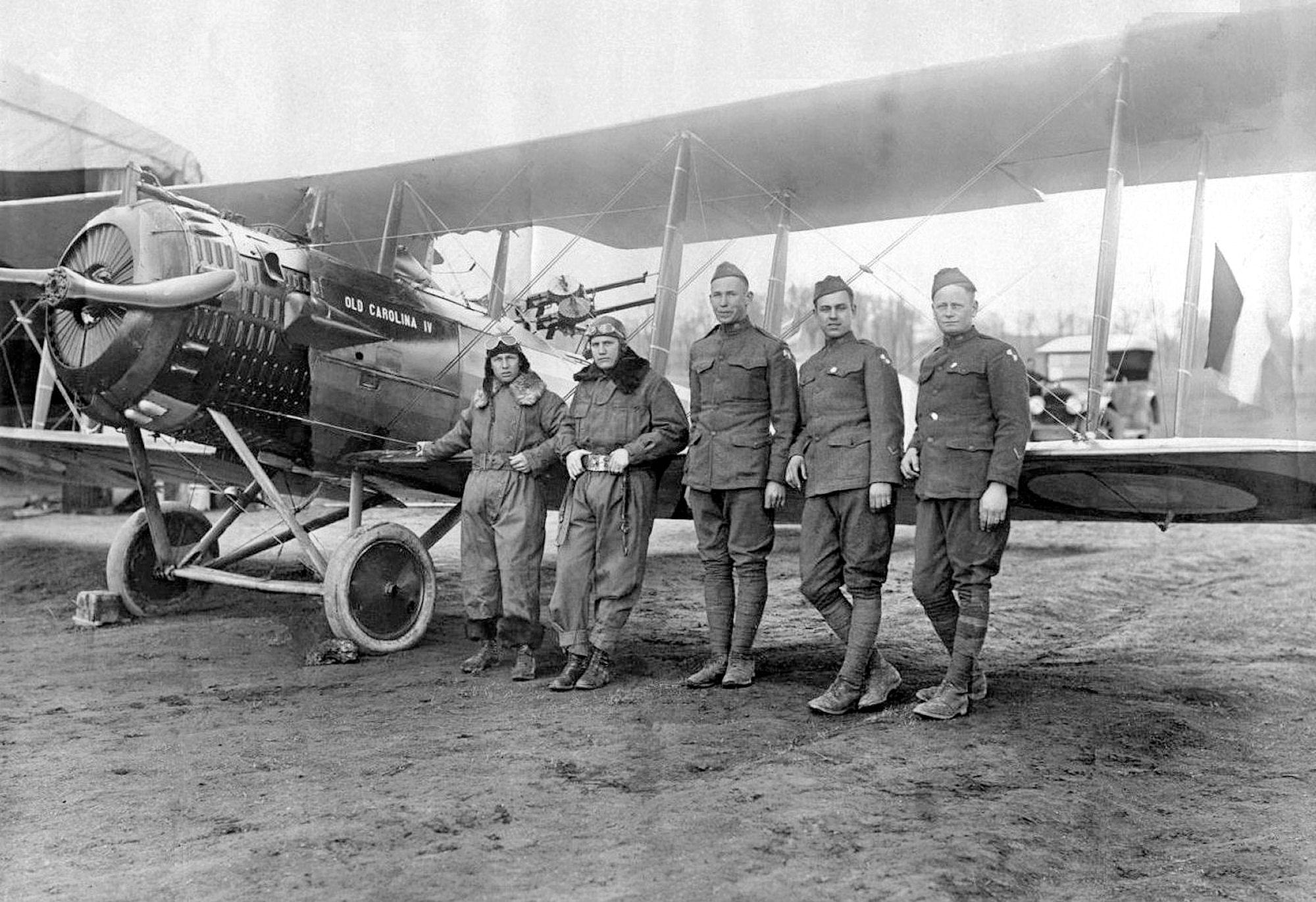 On February 5th, 1918, one of the French observers fell ill, and Lt. Thompson was invited to replace him. Thompson was up to the task. While in German territory, his aircraft was intercepted by an “Albatross” fighter over Saarbrucken on the German border. Thompson defended his aircraft and shot down the German fighter, likely using a 7.7 mm Vickers gun or Lewis light machine gun commonly found on French aircraft, taking his place in American history.

It should be noted that while Thompson tallied the first aerial victory for the United States military, Americans had been serving in the Service Aeronautique for the French since 1915.

The French squadron N. 124, made up entirely of 38 American pilots, was dubbed Escandrille Americain and later changed to Escandrille Lafayette in December of 1916 because of diplomatic issues with Germany before US entrance to the war. This unit was the inspiration for the 2006 movie “Flyboys,” starring James Franco.

It’s also important to make it clear that while American aviators certainly contributed to the war effort against the Central Powers in the later stages of the war, this pales in comparison to the sacrifices and giant technological leaps forward by the British and French.

The rapid advancement of aerial equipment and tactics came only because of pilots that were willing to saddle up and test out prototype after prototype with minimal, if any, training. They were truly pioneers of the skies, and it came at a price. Unreliable platforms prone to mechanical or structural failure, a lack of experienced instructors and hurried training to push pilots to the war effort all contributed to high casualties even without the added element of combat.

Despite the development of a completely new element of warfare in this period, aviation’s role in World War I and its impact on history doesn’t seem to be as heralded as in later conflicts. There could be a lot of reasons for this. The aircraft, most with a maximum speed barely over 100 mph, were fragile, boxy, and just plain ugly in comparison to the sleeker P-51 Mustang or F4U Corsair found in later conflicts. And they certainly aren’t as sexy as modern fighter jets and stealth bombers.

Colorized photographs and video footage from World War II and beyond has a clear advantage when it comes to sticking in our consciousness as well. Perhaps it’s just because the more lasting memories of “The Great War” are the horrors of chemical weapons, or the demoralizing attrition. 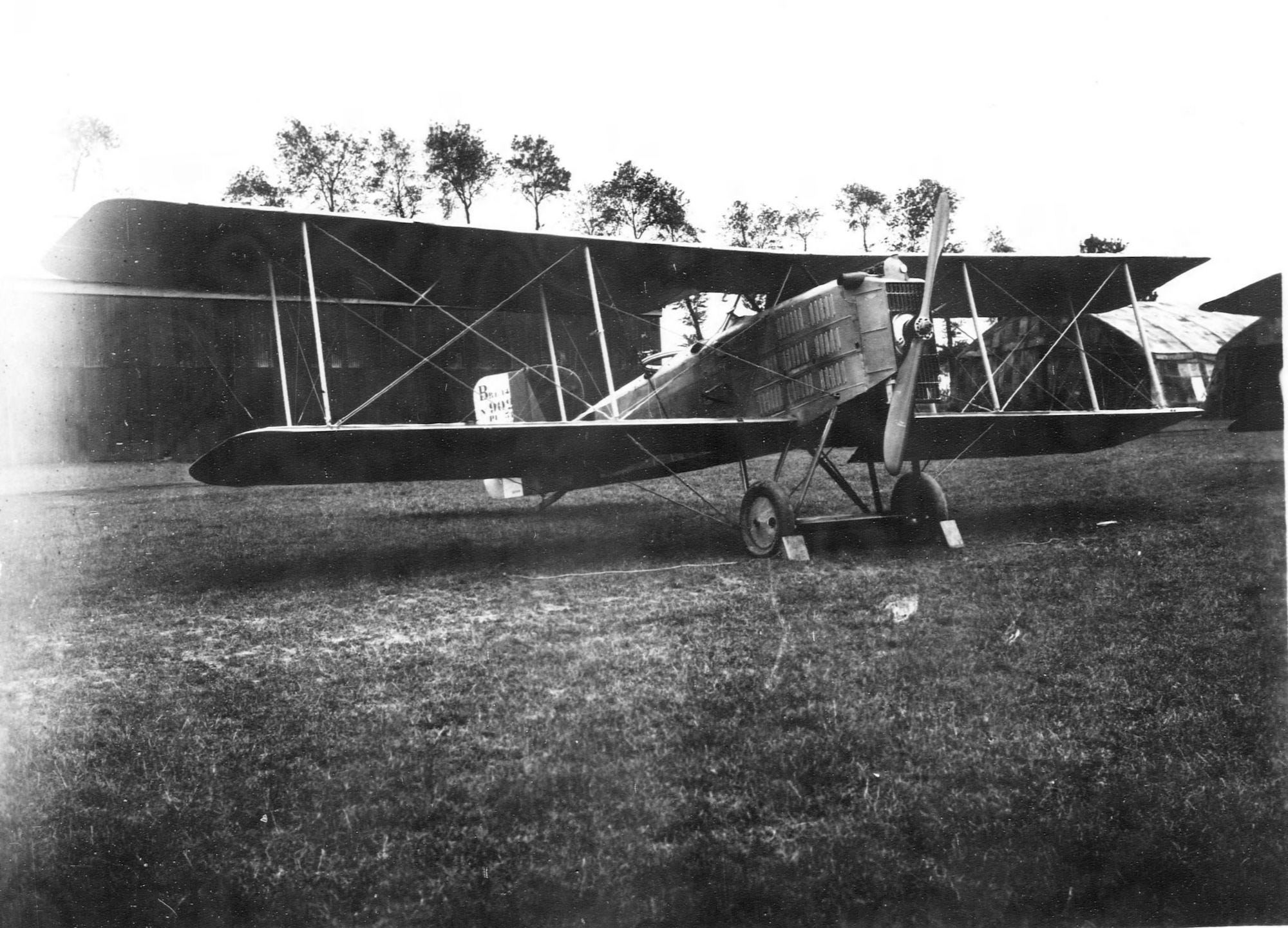 In their age, though, pilots were rock stars. In a time of rampant nationalism, pilots were known by name to civilians, ground troops, and even enemy pilots. Georges Guynemer of France, Billy Bishop of Canada, Edward Mannock of Great Britain and perhaps best known of all, Manfred von Richtofen of Germany (aka “The Red Baron”), were all revered (or feared) in the skies over Europe.

They were the faces of their respective military, flying over a mostly anonymous ground force stuck in a quagmire below. This was a source of tension and jealousy in the ranks (sound familiar?). Ironically, the reconnaissance work of the pilots and the photographic intelligence they were able to provide within hours, instead of days, was a big contributor to the deadlock on the ground.

The long line of combat aces dominating the skies under the American flag starts with Lt. Stephen Thompson, though. Because of the uncommon circumstances surrounding Thompson’s unofficial mission, he didn’t actually receive credit for the first confirmed aerial victory until 1967, when the National Museum of the US Air Force cleared things up and got him the recognition.

That wouldn’t be the last of Thompson’s notable service. Four months later, with the US now fully engaged in the war in the air, Thompson was the observer on a Salmson fighter aircraft. He shot down two enemy aircraft before he and his pilot, Lt. John C. Miller, were shot down.

Miller was able to land the aircraft in Allied territory before succumbing to a stomach wound. Thompson was struck in the leg and, due to lacking medical services in the area, dug the bullet out with his pocket knife. The uniform he was wearing, complete with the French Croix de Guerre he was awarded, is displayed in the National Museum of the US Air Force, along with the bullet he extracted.