At least 78 people have died of cold in Afghanistan during the country’s worst winter in more than a decade, authorities said on Thursday.

Deaths from the cold have been recorded in eight of the country’s 34 provinces, officials said.

The coldest winter in 15 years, which has seen temperatures dip as low as -34 degrees Celsius (-29.2 degrees Fahrenheit), has hit Afghanistan in the middle of a severe economic crisis.

Many aid groups have partially suspended operations in recent weeks due to a Taliban ruling that most female NGO workers could not work, leaving agencies unable to operate many programmes in the conservative country.

“The weather will get colder in the next few days, therefore it is necessary to consider humanitarian aid for affected people,” said Abdullah Ahmadi, the head of the operations centre for emergency conditions at the Ministry of Disaster Management.

The U.N. Office for the Coordination of Humanitarian Affairs (UNOCHA) said last week that the restrictions on female workers were hampering efforts to deliver aid.

“Humanitarian partners are providing winterization support to families, including heating, cash for fuel and warm clothes, but distributions have been severely impacted by the … ban on female NGO aid workers,” it said.

Even in the early part of winter, health workers had reported a sharp increase in the number of young children suffering from serious cases of pneumonia and other respiratory diseases, in part due to worsening poverty that left people unable to properly heat their homes.

Around 77,000 livestock have also died in the past nine days, threatening to deepen the country’s food insecurity. 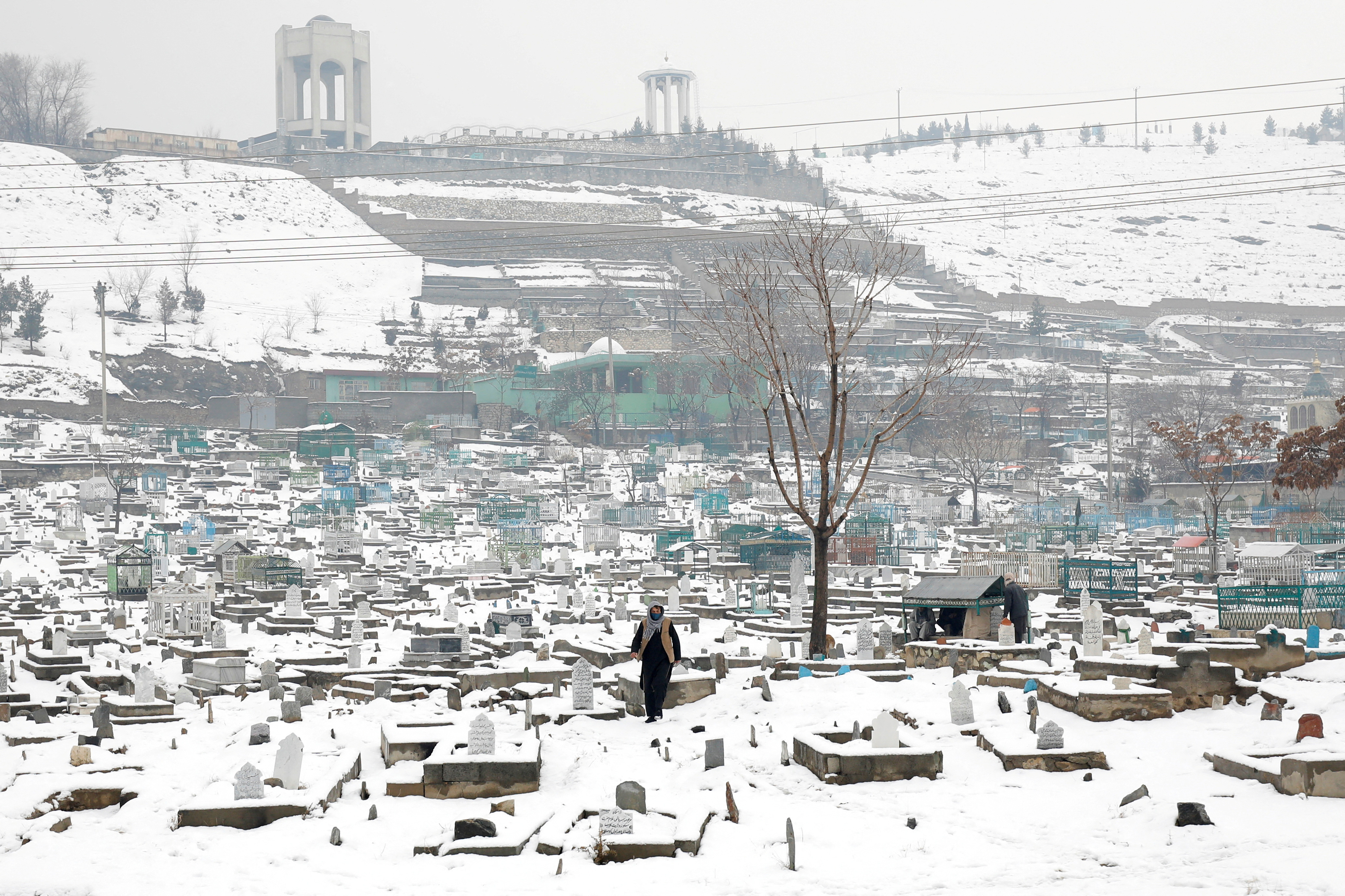 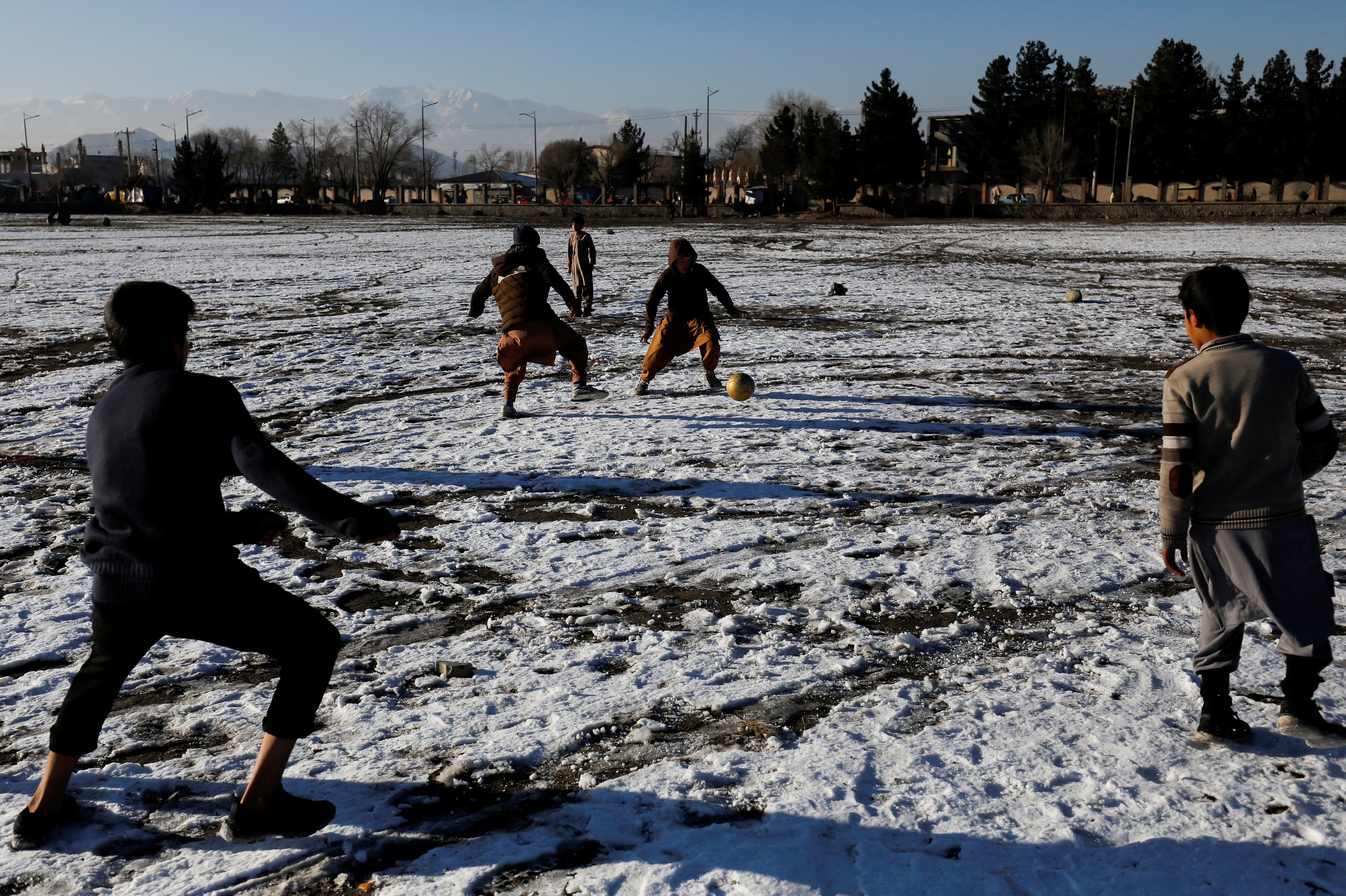 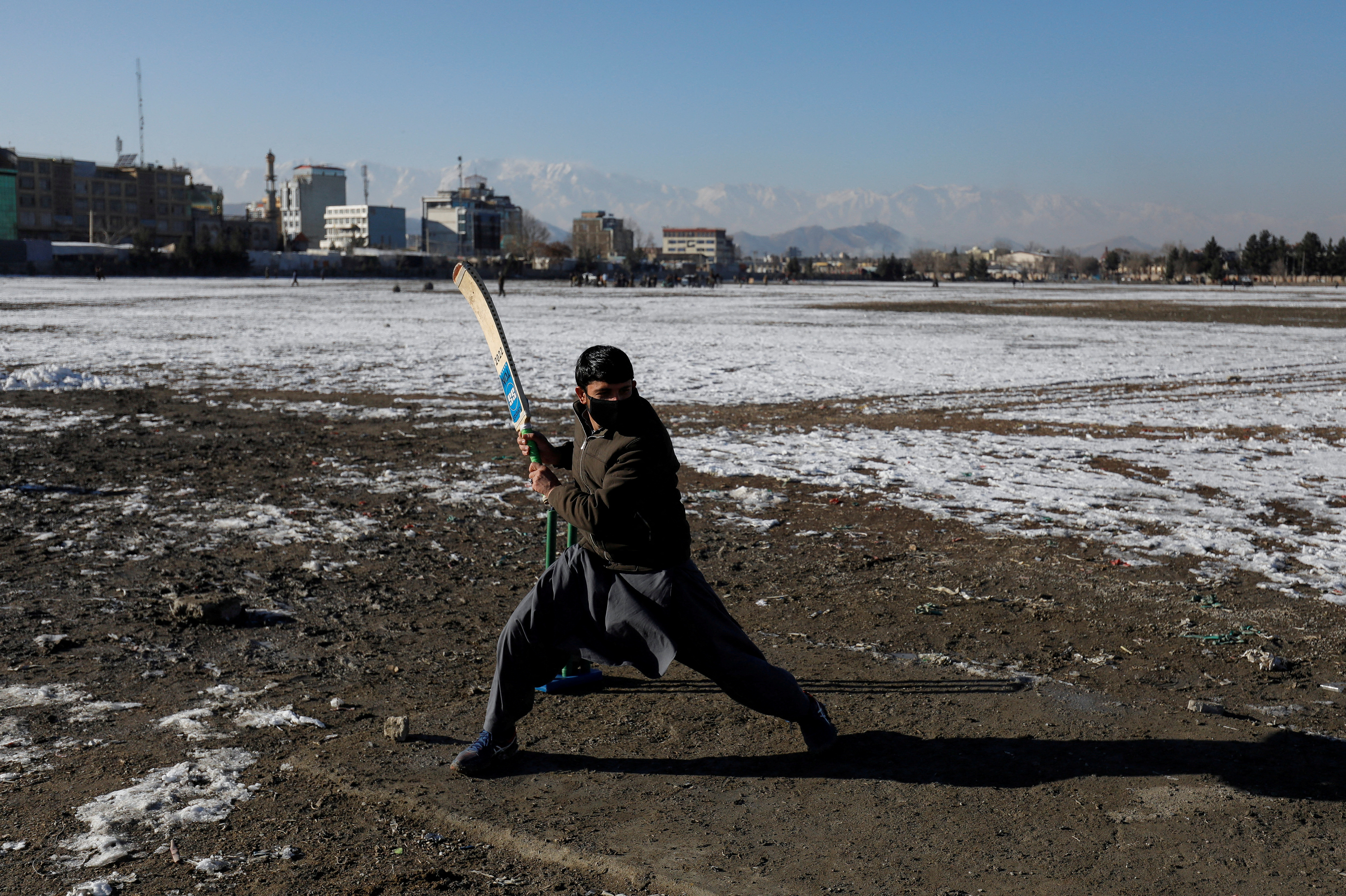 An Afghan man plays cricket on the snow-covered ground at the Chaman-e-Huzori field in Kabul, Afghanistan, January 13, 2023. REUTERS/Ali Khara/File Photo 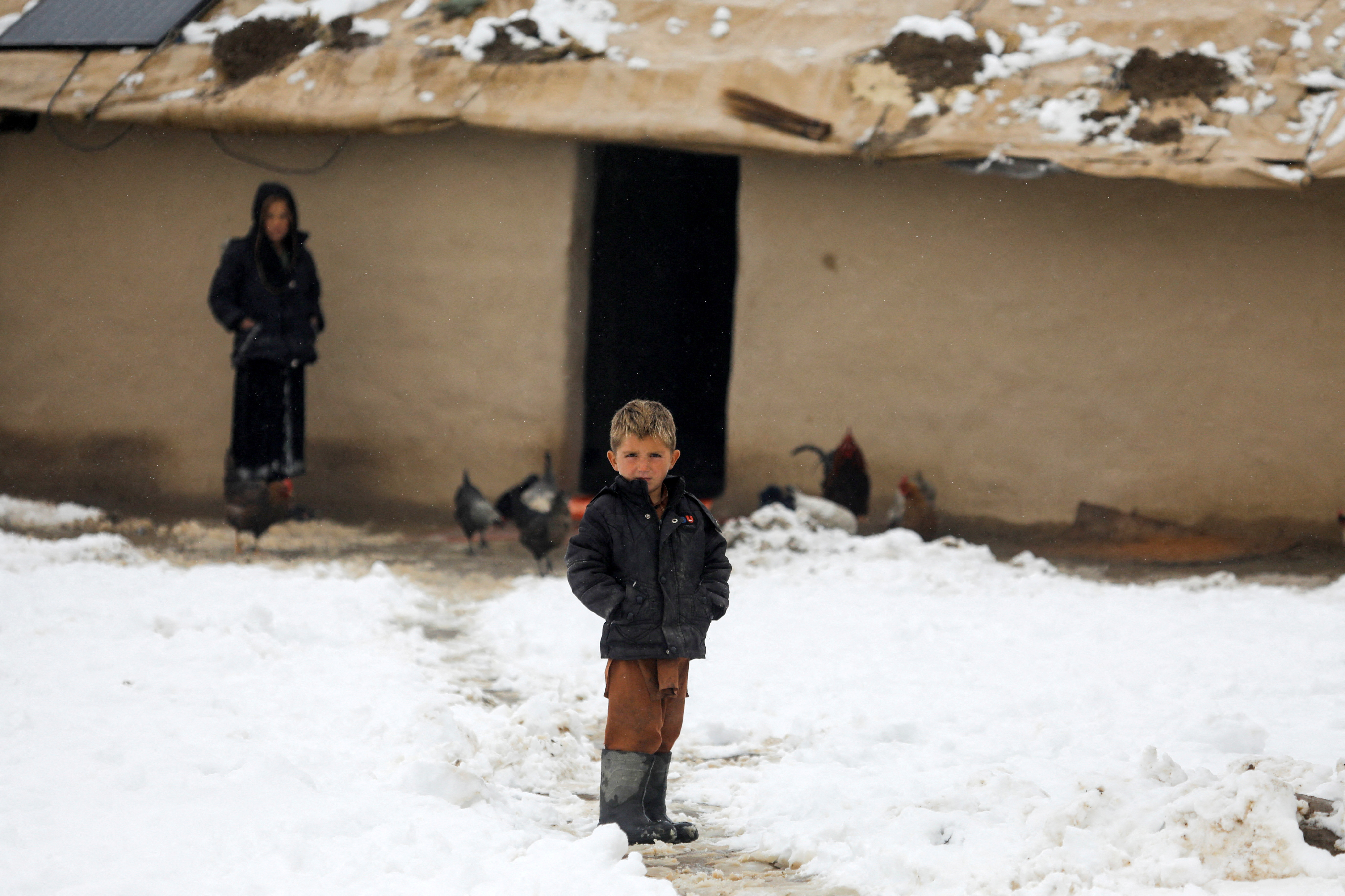