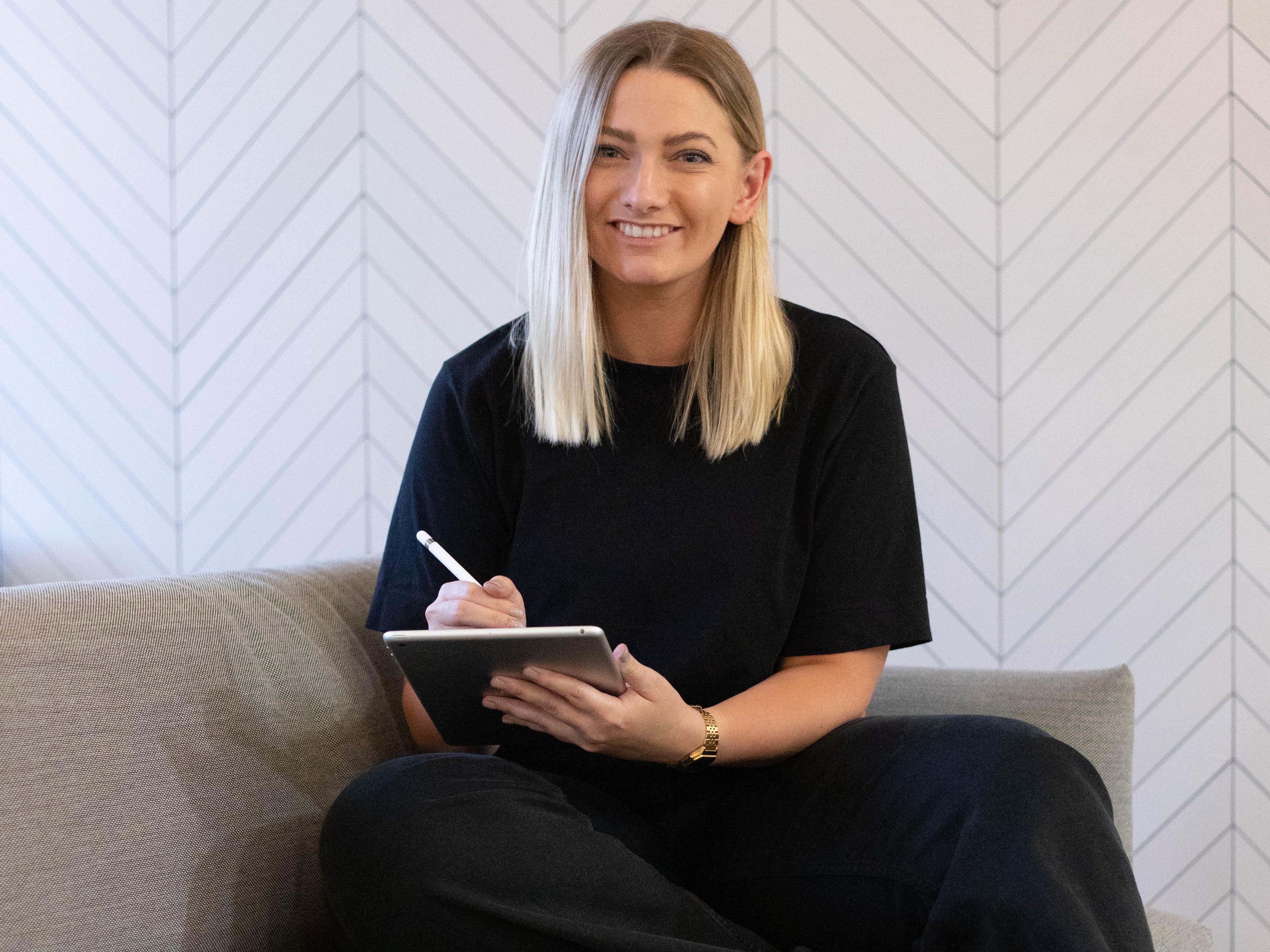 Alice Benham realized restricting her revenue would improve the profits of her small business.

Alice Benham, a marketing consultant, realized she needed to take an unconventional measure to rake in higher profits: reduce her revenue.

Earlier in the pandemic, Benham said she invested “every hour” into her marketing-and-strategy business, which she started in 2016 at just 17 years old.

Benham told Insider she launched her first online course in September 2020 and made £15,000, or about $18,400, on the first day, which was double her average monthly income at the time.

Despite growing revenue, Benham was taking home less each month because of increased costs. In May 2021, she had to become “VAT-registered.”

In the UK, VAT, or valued-added tax, is a levy on many nonessential goods and services, charged as a percentage of the sale price and then paid to the government. The percentage is defined by the government and varies depending on what is being sold.

Businesses generating more than £85,000 in annual revenue must become VAT-registered.

The tax is an added 20% of the sales price for most items. But when Benham became VAT-registered in May 2021, she chose to increase her prices by only 10% so her customers weren’t hit by a large price hike.

To mitigate this new expense, she scaled several different arms of her business to increase revenue. Benham told Insider she said yes to every opportunity, regardless of the personal and professional costs.

“I had podcast sponsorship, spoke at events, launched collaborative courses with other business owners,” she said. “I also used to travel to all of my clients and podcast guests.”

Benham said she was anxious about her finances, working all the time, and depriving herself of a social life.

She said of her thoughts at the time: “I’m making more money; the numbers are bigger. Everyone is applauding me, but I just feel awful and I know it isn’t sustainable.”

To maintain her revenue, she hired more part-time team members and increased her social-media ads. That meant the running costs of her business skyrocketed to about £13,800 a quarter, compared with £8,200 as a non-VAT-registered business.

After a quarterly VAT bill of £2,450 she paid to the government for her registered business, Benham told Insider she was left with barely any profit and even took a loss of £1,212.20 one quarter after paying herself a salary.

Benham quickly realized maximizing her profit would be feasible only if she cut her revenue to a level where she didn’t have to be VAT-registered. But scaling back meant reevaluating her idea of success.

When she started aiming to generate about £82,000 a year, to sit comfortably below the VAT threshold, she felt a weight lift off her shoulders. Once she did this, her profit in the first quarter she was no longer VAT-registered was £4,216.57, compared with the loss of £1,212 in the previous quarter.

Benham set out to simplify her services and ended up returning to the early success she had in one-to-one business mentoring. She reduced the number of courses she hosted with cohorts of students.

“My business was one to one for three years, so there’s a strong foundation of case studies and clients,” Benham said.

Benham said that in addition to it being easy to provide and in demand, mentoring met her financial goal of bringing in a high profit, as hosting events or courses could cost up to 50% of the revenue from them.

She said she wanted a business with a “deep impact,” rather than a “wide impact,” which she defined as “either charging a ton of money or selling a ton of stuff.”

After she reduced her revenue, Benham said she set about reducing her outgoings.

In 2020, if a task or role was too time-consuming, she would outsource it, Benham told Insider.

“At our peak, I had three part-time team members, but I was doing a lot of stuff that the business didn’t need,” she said.

According to Benham, she dropped one team member and reduced the hours of the other two, who were mainly focusing on her public relations and marketing.

She told Insider she now hired freelancers for specific projects. She also hired a cheaper accountant who supported her move to deregister. Supported how? The accountant helped her work through it while she was reducing her revenue.

She lowered her variable costs, such as client lunches, more-expensive equipment, and unnecessary software. She told Insider: “Instead of trying to see every client and take them for dinner, I host a Christmas party and invite all my clients to it.”

3. Know financials inside out

Benham told Insider that if she had tracked her finances more closely, she wouldn’t have registered for VAT her business and she could have saved herself £7,495 in VAT-registration fees.

After crunching the numbers through Starling, an online banking app, she realized if she made £84,000 a year, she wouldn’t have to register for VAT and the profit could be reinvested.

Now Benham puts a cap on her earnings and sets a comfortable target of £82,000 a year to ensure she doesn’t accidentally move into the VAT threshold. She pays herself roughly £3,000 a month to have a salary of £36,000 a year.

Benham told Insider she now had fun brainstorming how to reach her monthly target earnings of £7,500, or about $9,163.

Audio Review via Michael Novakhov on Inoreader
Why are more people in the UK turning to private healthcare?
byThe Guardian

The NHS turns 75 this year, but as waiting lists for appointments grow, increasing numbers of patients are looking elsewhere for healthcare. Denis Campbell reports. Help support our independent journalism at theguardian.com/infocus