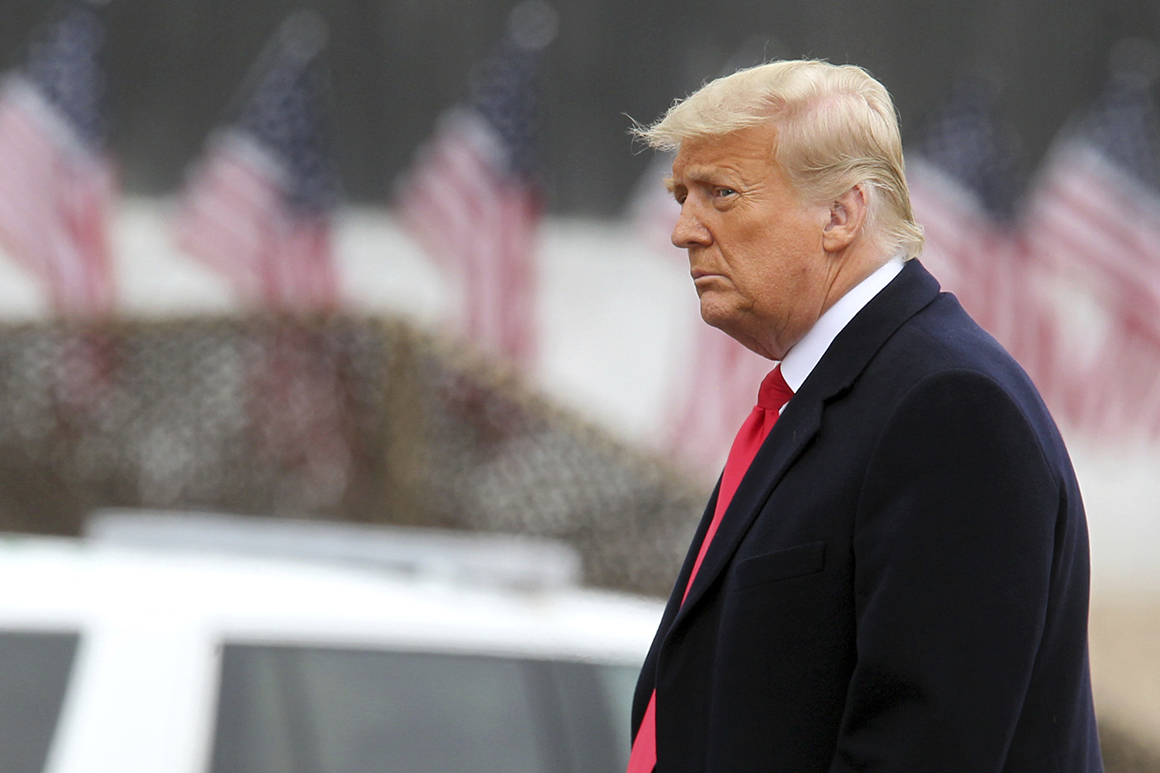 Former President Donald Trump met House Minority Leader Kevin McCarthy on Thursday for what was later described as a “very good and cordial” meeting in which the top agenda item was taking back the House of Representatives in 2022.

Although many topics were discussed, according to a readout released by Trump’s Save America leadership PAC, the chief focus was on the upcoming midterm elections, when Republicans have a chance to take back the lower chamber after posting surprising gains in the 2020 elections. Republicans picked up a net gain of at least 10 seats in a year when Democrats hoped anti-Trump furor would help them expand their majority.

“They worked very well together in the last election and picked up at least 15 seats when most predicted it would be the opposite,” said the readout, which was released with a photo of the two men smiling in an ornately decorated room at Mar-a-Lago in Florida. “They will do so again, and the work has already started.”

The meeting took place at Trump’s resort in Palm Beach, where he frequently visited as president and has taken up his post-presidency residence.

In a statement, McCarthy emphasized the “historic results for all Americans” achieved by House Republicans and the Trump administration, saying that the House GOP “defied the experts and the media by expanding our growing coalition across the country.”

“Today, President Trump committed to helping elect Republicans in the House and Senate in 2022,” he said. “A Republican majority will listen to our fellow Americans and solve the challenges facing our nation.”

The readout also quashed any speculation that Trump would step aside from the Republican Party, praising the former president for his popularity and championing the weight of his endorsement.

“President Trump’s popularity has never been stronger than it is today, and his endorsement means more than perhaps any endorsement at any time,” it said.

McCarthy’s high-profile meeting with Trump was confirmation that the California Republican has chosen to align his political cards with the former president, who still remains largely popular with those in his base. He endorsed Trump in 2016 and has been a longtime Trump ally, earning him the nickname of “My Kevin.” His embrace of the former president sharply diverges from that of McCarthy’s Senate counterpart, Mitch McConnell, who has not spoken to Trump since Dec. 15.

However, the McCarthy-Trump relationship seemed to sour in the weeks after the Capitol riots on Jan. 6, leading McCarthy to flip-flop in his stance on Trump’s involvement in inciting the violence. In the aftermath of the riots, McCarthy said initially that Trump bore some responsibility for the attacks, before saying that he didn’t provoke the rioters and ultimately shifting the blame to “everybody across this country.”

In recent days, Trump has used a top political aide to spread the word that he was a member of the Republican Party and intended to remain so, shutting down talk that he might branch out to form a third party. By doing so, he sends a message to Senate Republicans on the eve of his upcoming impeachment trial. Already, he has threatened his critics in the Senate GOP with primary challenges.

“The president wanted me to know, as well as a handful of others, that the president is a Republican, he is not starting a third party and that anything he would do politically in the future would be as a Republican,” Sen. Kevin Cramer (R-N.D.) told POLITICO. “The Republican Party is still overwhelmingly supportive of this president.”

Although at one point it seemed possible the Senate would convict the former president for inciting the insurrection, an acquittal seems to be the foregone conclusion on the Hill, after 45 Senate Republicans voted against the constitutionality of the trial, which is set to start Feb. 9. A conviction would require the support of all Democrats and 17 Republican senators.