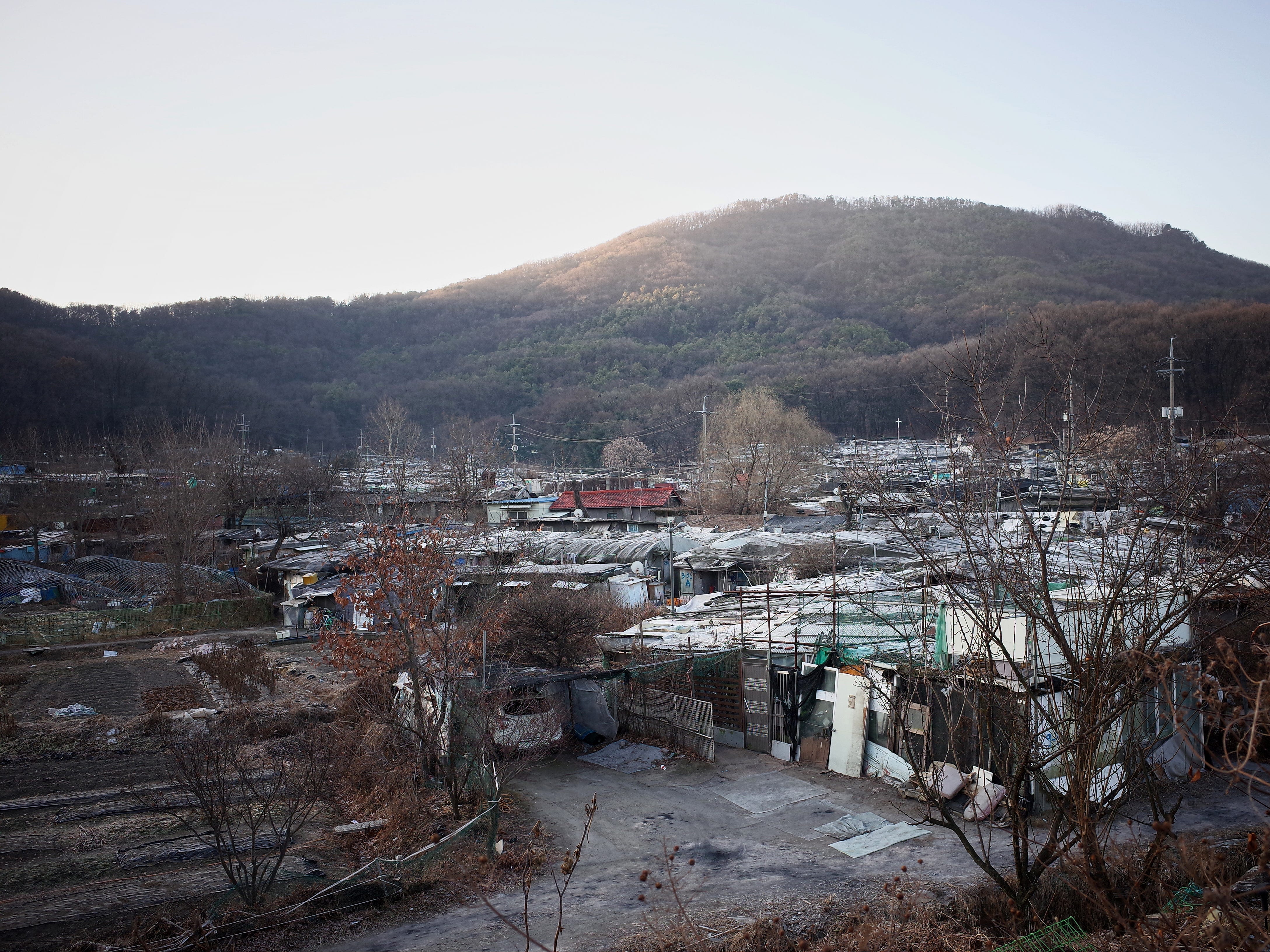 The Guryong village is a slum that’s located near one of Seoul’s most affluent areas, the Gangnam district.

Gangnam’s glittering skyscrapers are one of the city’s crowning jewels. But a six-lane highway is all that separates the pinnacle of luxe living in Seoul from one of the city’s worst-kept secrets: the Guryong village.

Seoul has managed to ignore Guryong, by and large, for most of the last decade. But that changed on Friday when a blaze tore through the village, razing at least 60 homes, Bloomberg reported. 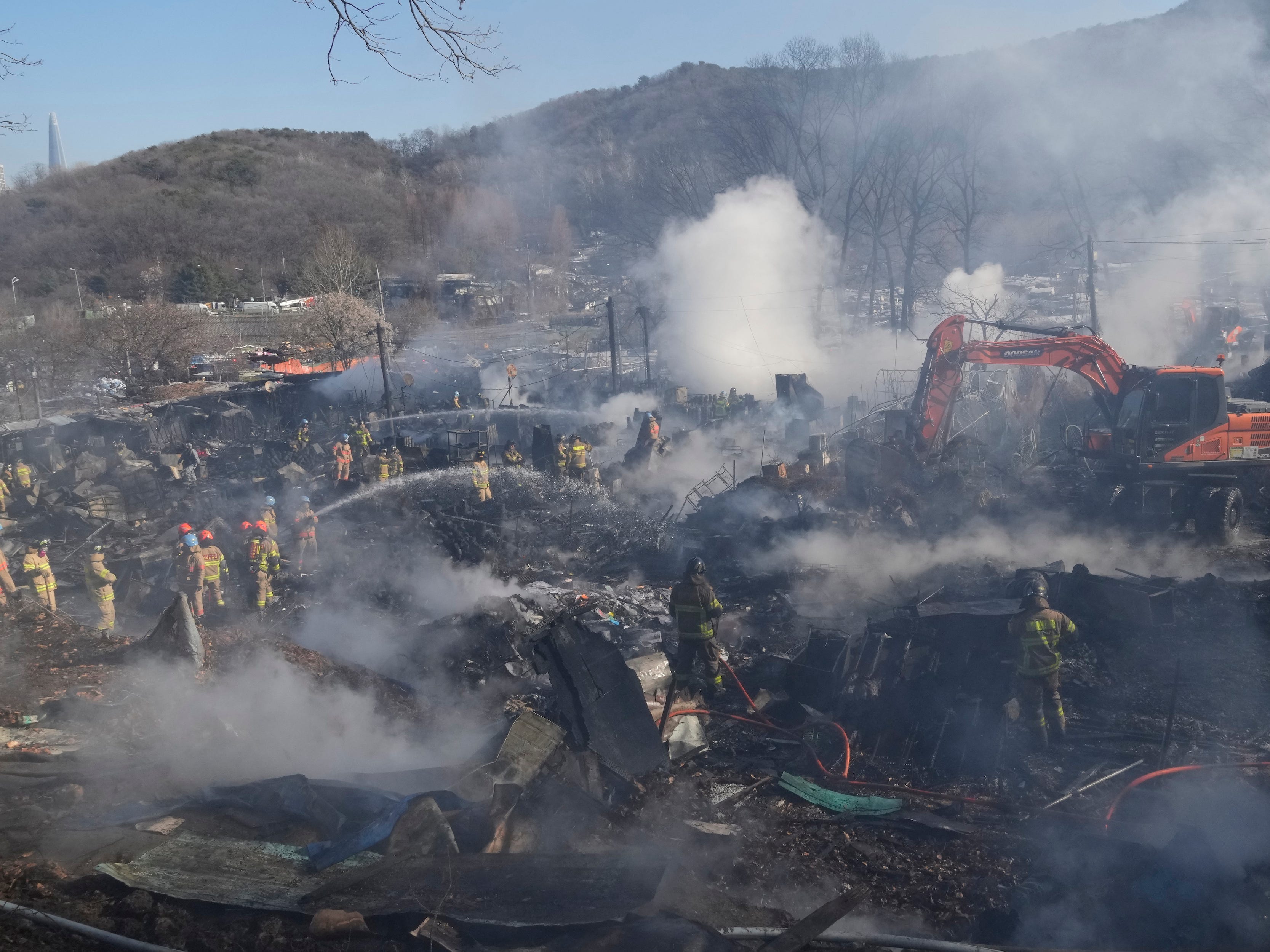 Firefighters and rescue workers clean up the site of a fire at Guryong village in Seoul, South Korea, Friday, Jan. 20, 2023. A fire spread through a neighborhood of densely packed, makeshift homes in South Korea’s capital Friday morning.

More than 500 people were evacuated, and at least 62 lost their homes just two days before the Lunar New Year, The Korea Herald reported, citing information from the Gangnam district office.

And now South Korea is forced to acknowledge the presence of the thousands of people who live in this ramshackle shantytown — and the stark poverty in the heart of its capital city. 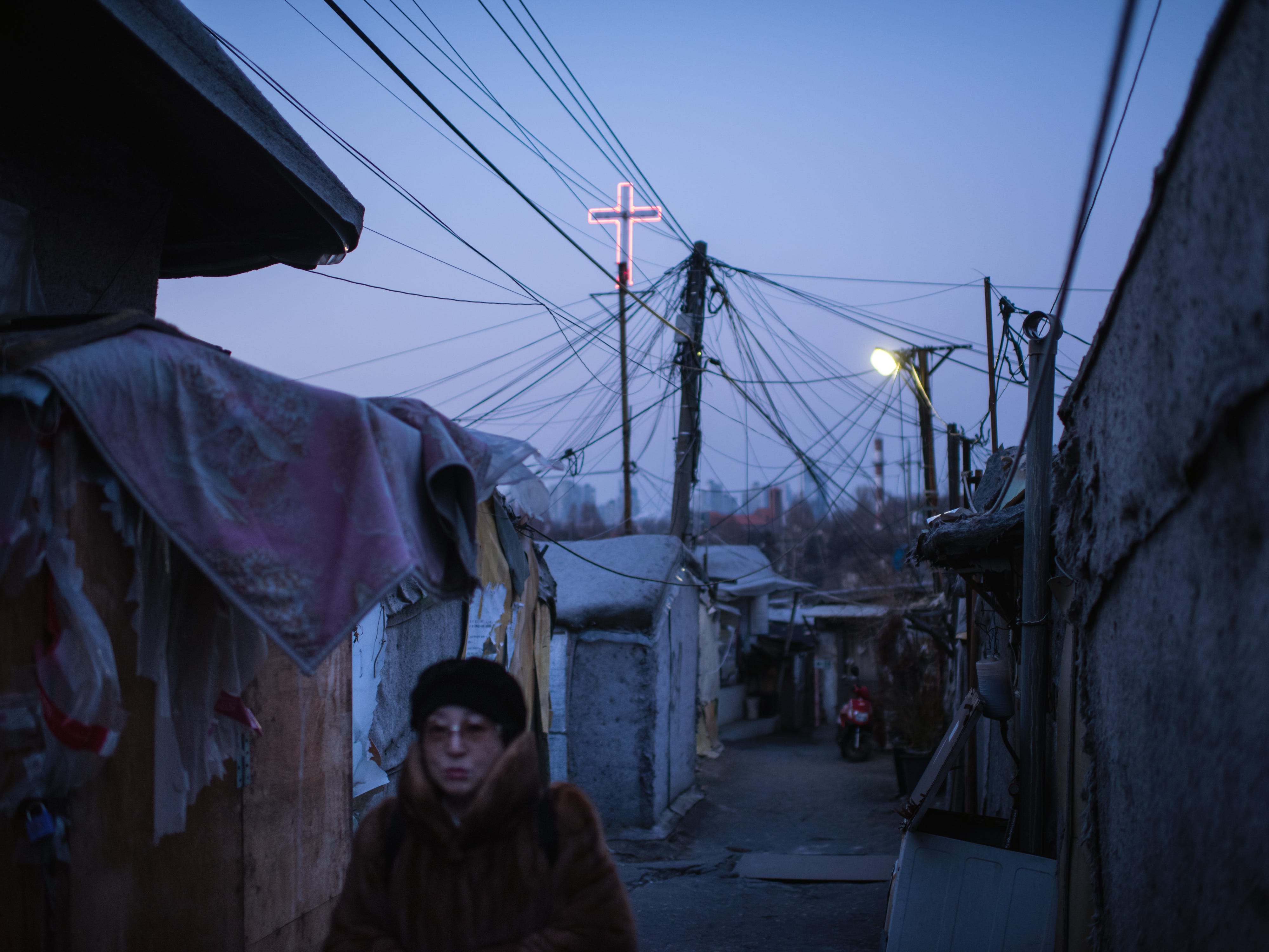 In a photo taken on January 24, 2016, a woman walks through an alleyway in the shanty village of Guryong on the outskirts of Gangnam in Seoul.

Guryong feels like a world away from Seoul, but it’s very close to where the most well-heeled people in South Korea live.

The shantytowns’ flimsy homes have been assembled out of plywood and scrap metal. Sheets of plastic and cloth serve as roofs. Here, most residents are elderly people over the age of 70, Lee Young-man, a residents’ community leader, told South Korea’s Yonhap News Agency in 2017.

Guryong was formed when poor residents from Gangnam and other parts of the city were forced out of their houses as a result of redevelopment projects the South Korean government had planned ahead of the 1988 Seoul Olympics, the AFP reported.

“It’s hard,” Guryong resident Kim Gong-soon told the BBC in 2012, “and it breaks my heart to live here. There are floods and fires, which terrify me. But I have no money so I can’t afford to live anywhere else.” 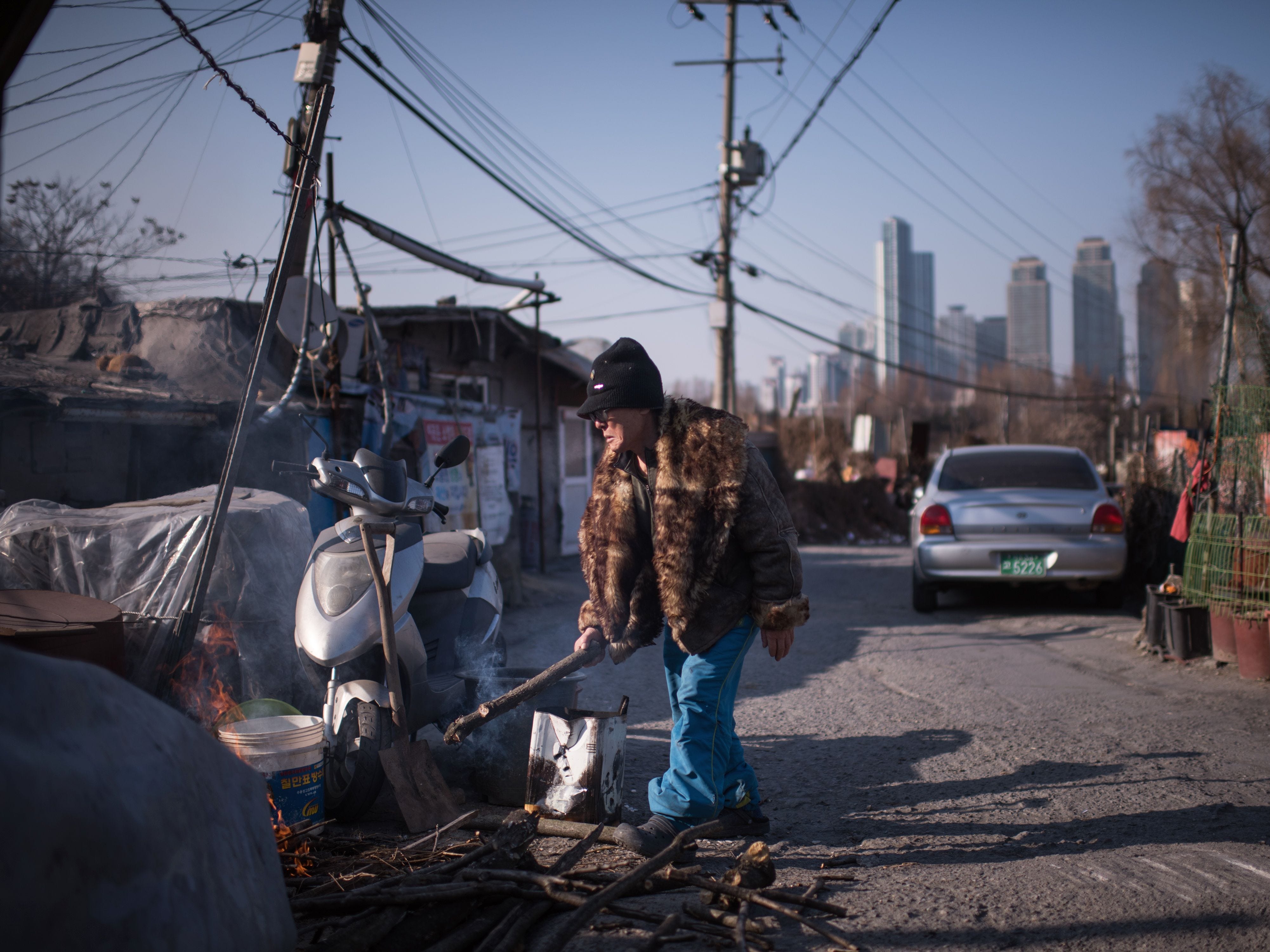 In a photo taken on January 24, 2016, an elderly man stokes a fire in the shanty village of Guryong on the outskirts of Gangnam in Seoul.

For years, Guryong’s residents have complained the government is ignoring their plight.

“Tens of politicians came here and vowed to develop this town over the past few decades. But look around you! Nothing has changed,” said Guryong resident Song Sook-ja to Bloomberg in 2020. “All they care about is our votes. Once they have it, they forget. We are the voiceless, the invisibles, the forgotten.”

The haves and have-nots live side by side in Seoul

Lush apartments for the crazy rich aren’t out of the ordinary in Seoul. K-Pop group BTS is known to have lived together at a sprawling $6.5 million penthouse in Hannam the Hill, an exclusive residential complex.

The median selling price of an apartment in the Gangnam area is 1.033 billion South Korean won, or approximately $836,211, per December 2022 data from the Korea Real Estate Board. Many of these apartments are just a 10-minute drive from Guryong village.

But that’s not how most South Koreans live.

The smash-hit film “Parasite” opened the world’s eyes to the desperation of those who live in banjiha apartments — cheap, often unsanitary, and partially underground homes. Students working part-time jobs have also, for years, settled for living in goshiwon, spartan one-room dwellings that look like prison cells. A man walks outside a basement flat known as “banjiha” which has markings left by mud brought by floodwaters in the Gwanak district of Seoul on August 11, 2022

Many of the country’s millennials are priced out of the housing market. Kang Jun-Koo, a finance professor at the Nanyang Business School in Singapore’s Nanyang Technological University, told Insider in 2021 that even those millennials who do manage to buy homes will be saddled with a “huge” debt repayment burden down the road.

“The lack of supply has increased the apartment price in Seoul by almost 93% since 2017, which makes it very difficult for young Koreans to buy a starter home,” Kang told Insider.

As such, many South Korean don’t have much of a choice. The average cost of a home in Seoul rose by 22% year over year in 2020, the largest price increase of any major city in Asia. In 2021, the price of a starter home in Seoul — where the average person earns just over $42,000 a year — hit $1 million.

As for Guryong, a redevelopment project finally kicked off in 2016 after years of discussions, per the Gangnam district’s government website. As of May 2019, only 406 households out of 1,107 had been successfully relocated. Up until the blaze, about 666 houses still remained in the village, The Korea Herald reported.

Seoul’s Gangnam district in May 2022 said the slums will one day be torn down and turned into an “eco-friendly luxury residential complex.”

But for now it’s still Guryong village — a smoldering scar on the sparkling facade South Korea would rather have you looking at instead.

Home » Audio Sources - Full Text Articles » A fire just razed a slum in the heart of one of Korea’s ritziest neighborhoods. It highlights the vast wealth gap and tight proximity in which Seoul’s richest and poorest live.
a