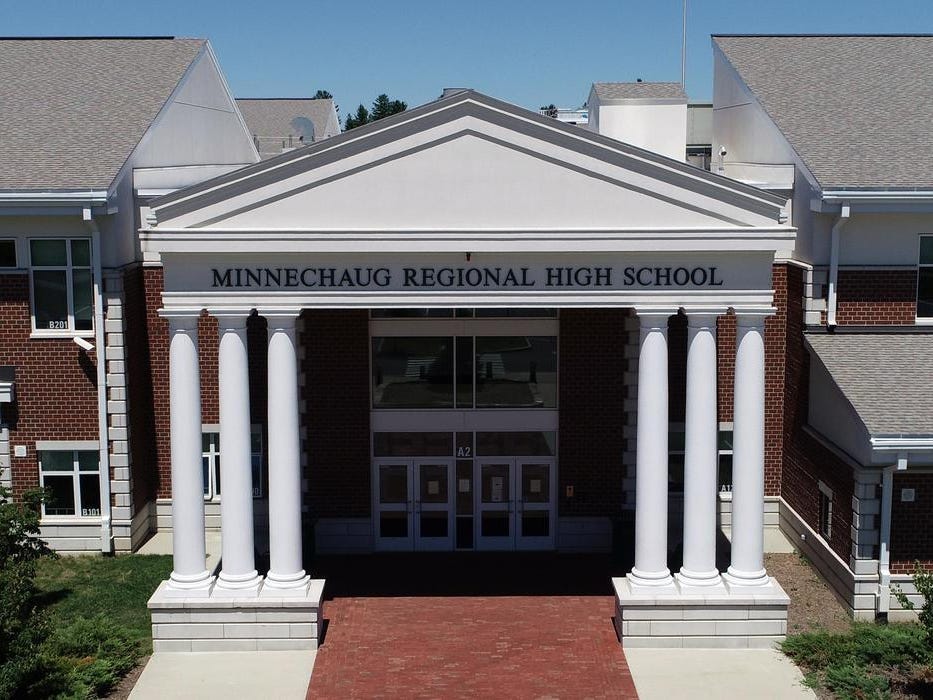 The lights at Minnechaug Regional High School have been on since August 2021.

A high school in Massachusetts is costing taxpayers thousands because it can’t turn off its lights.

Approximately 7,000 lights inside Minnechaug Regional High School have remained on since August 24, 2021, when the software operating the lighting system failed, NBC News reported. And for a year and a half following the glitch, attempts to fix the system were thwarted or delayed, leaving residents of the town of Wilbraham to bear the consequences — and costs.

Reflex Lighting, the company contracted to fix the lights, told NBC recently that next month it finally will be ready to replace the system, but the preceding comedy of errors turned what seemed like a quick fix into a much lengthier debacle.

The first blip arose when the school discovered the company that had initially installed the system, 5th Light, no longer had access to the system’s software, according to The Smoke Signal, the high school’s newspaper.

Part of the issue was that ownership of the software company changed several times after the initial installation, according to NBC. But the new owner, Reflex Lighting, said it couldn’t send contractors until the following year due to the pandemic.

Though officials sought faster alternatives, Reflex appeared to be the only company equipped to fix the issue — to the tune of $1.2 million, per NBC. Meanwhile, the energy bill just kept climbing.

“We are very much aware this is costing taxpayers a significant amount of money,” Aaron Osborne, the assistant superintendent of finance at the Hampden-Wilbraham Regional School District, told NBC News. “And we have been doing everything we can to get this problem solved.”

According to NBC, replacement parts were ordered in November 2021 and installation was expected in February 2022, but a series of issues — including back orders on equipment and contractor scheduling issues — meant the lights remained on for the duration of 2022.

Now, school officials and town members are crossing their fingers. Reflex said it plans to install the new system during the school’s February break.

“And yes, there will be a remote override switch so this won’t happen again,” Paul Mustone, president of Reflex Lighting, told NBC.

Home » Audio Sources - Full Text Articles » A Massachusetts high school hasn’t been able to turn off the lights for more than a year and a half, costing taxpayers thousands
a