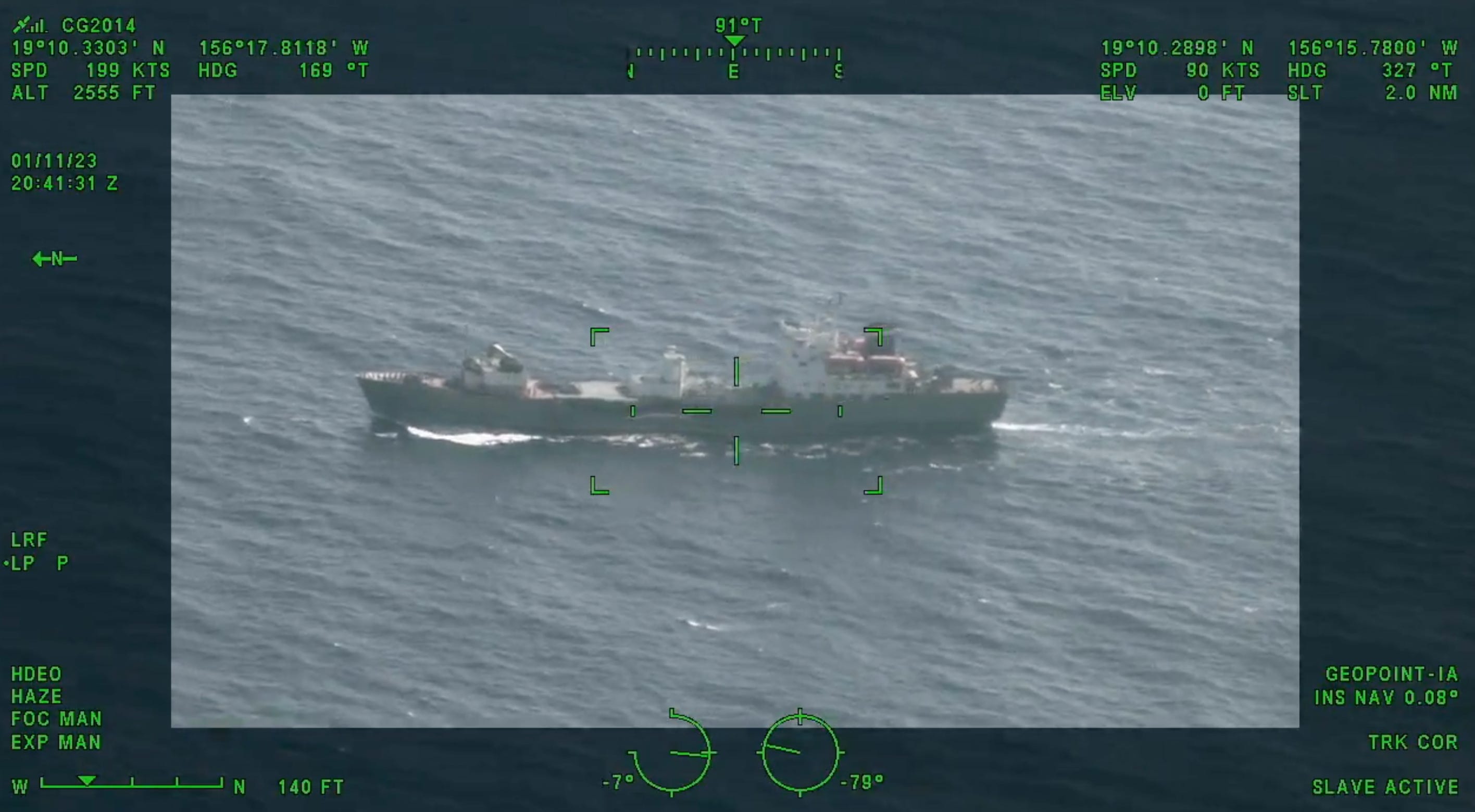 Video shared by the US Coast Guard of a Russian ship near the Hawaiian Islands.

The US Coast Guard said Wednesday it has been monitoring a Russian ship located near the Hawaiian Islands for weeks.

The USCG announced in a bulletin it has been watching the vessel, which is believed to be an “intelligence gathering ship.”

“As part of our daily operations, we track all vessels in the Pacific area through surface and air assets and joint agency capabilities,” Cmdr. Dave Milne, the Coast Guard’s chief of external affairs, said in a statement.

Foreign military vessels may travel freely through US waters, but “foreign-flagged military vessels have often been observed operating and loitering” in the Coast Guard’s “area of response,” the statement said.

“The Coast Guard operates in accordance with international laws of the sea to ensure all nations can do the same without fear or contest. This is especially critical to secure freedom of movement and navigation throughout the Blue Pacific,” Milne said.

The Coast Guard said it was coordinating with the Department of Defense to provide updates on the movement of the foreign ships.

A video of the ship shared by the Coast Guard showed latitude and longitude coordinates that suggested the vessel was located about 100 miles from Honolulu, HawaiiNewsNow reported.

The Coast Guard did not immediately respond to Insider’s request for comment.

In May, the US Indo-Pacific Command said it was monitoring a Russian vessel near Hawaii. A retired Marine lieutenant colonel told KHON at the time that the Soviet Union used to send intelligence ships to loiter near Hawaii during the Cold War.

“The tactics, techniques, and procedures that we saw the Soviets doing back in the Cold War seem to be resurfacing again under the Russian banner,” Lt. Colonel Hal Kempfer said. “This looks like one of those issues that I would point to Russian intelligence ships potentially off the shore of Hawaii.”

Home » Audio Sources - Full Text Articles » A Russian ship that’s been off the coast of Hawaii for weeks is believed to be gathering intelligence, the US Coast Guard says
a