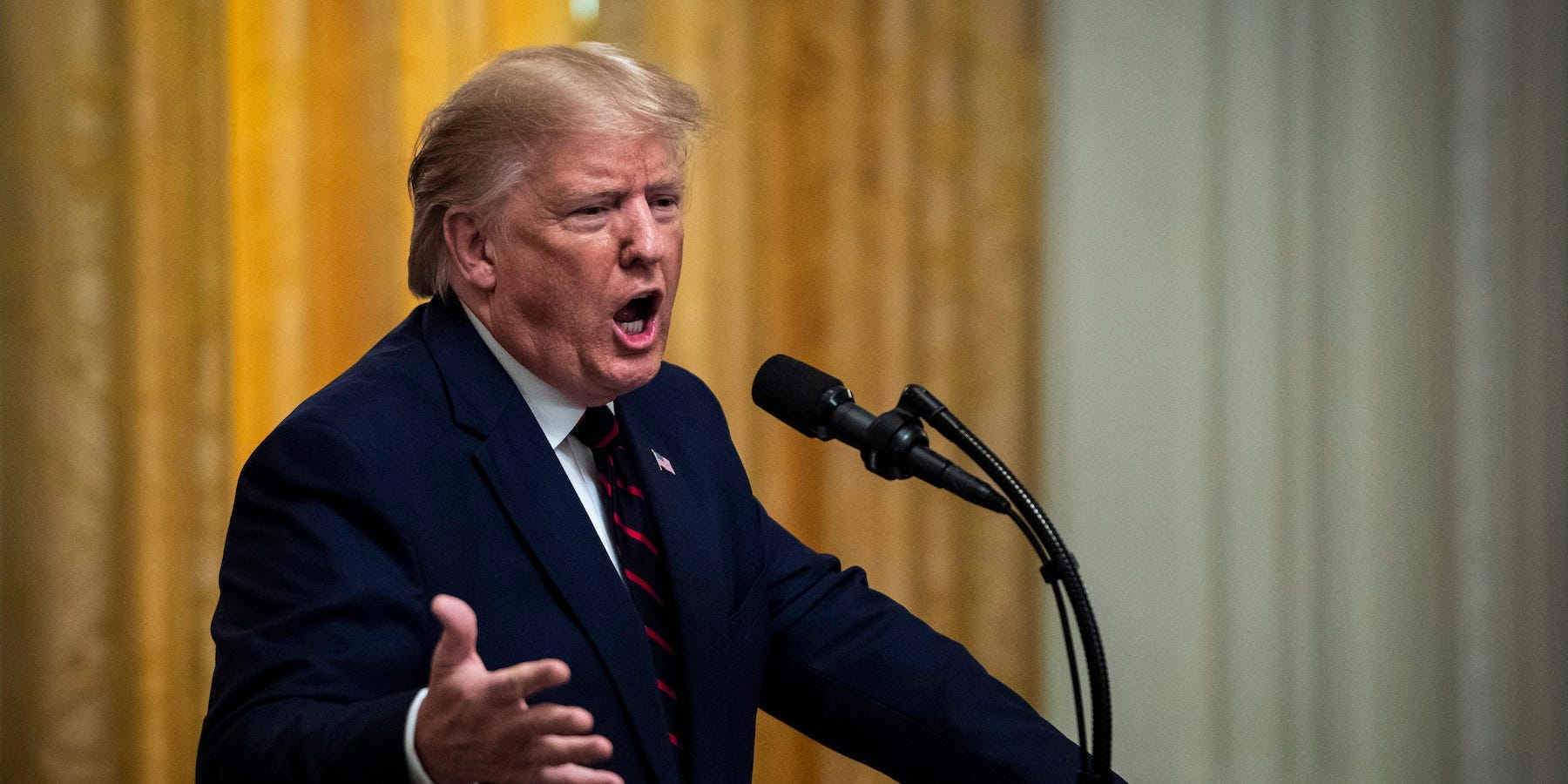 President Donald Trump speaks to reporters with President of Finland Sauli Niinisto in the White House on October 2, 2019.

On Thursday, the Supreme Court announced in a press release that investigators could not identify the leaker within the court despite interviewing 97 court employees.

The announcement appeared to disturb Trump, who posted his displeasure to Truth Social soon after the Supreme Court posted the release and called for authorities to arrest the reporters, publishers, and editors at Politico who published the leaked document.

“The Supreme Court has just announced it is not able to find out, even with the help of our “crack” FBI, who the leaker was on the R v Wade scandal,” Trump wrote. “They’ll never find out, & it’s important that they do. So, go to the reporter & ask him/her who it was. If not given the answer, put whoever in jail until the answer is given. You might add the publisher and editor to the list. Stop playing games, this leaking cannot be allowed to happen. It won’t take long before the name of this slime is revealed!”

Nine minutes after his first tirade against the Politico journalists, Trump again called for them to be arrested.

While investigators were unable to uncover who leaked the draft of the Supreme Court’s opinion, they did discover that several Supreme Court personnel told their spouses and partners about the vote count or the drafted opinion.

Politico did not respond to Insider’s request for comment.