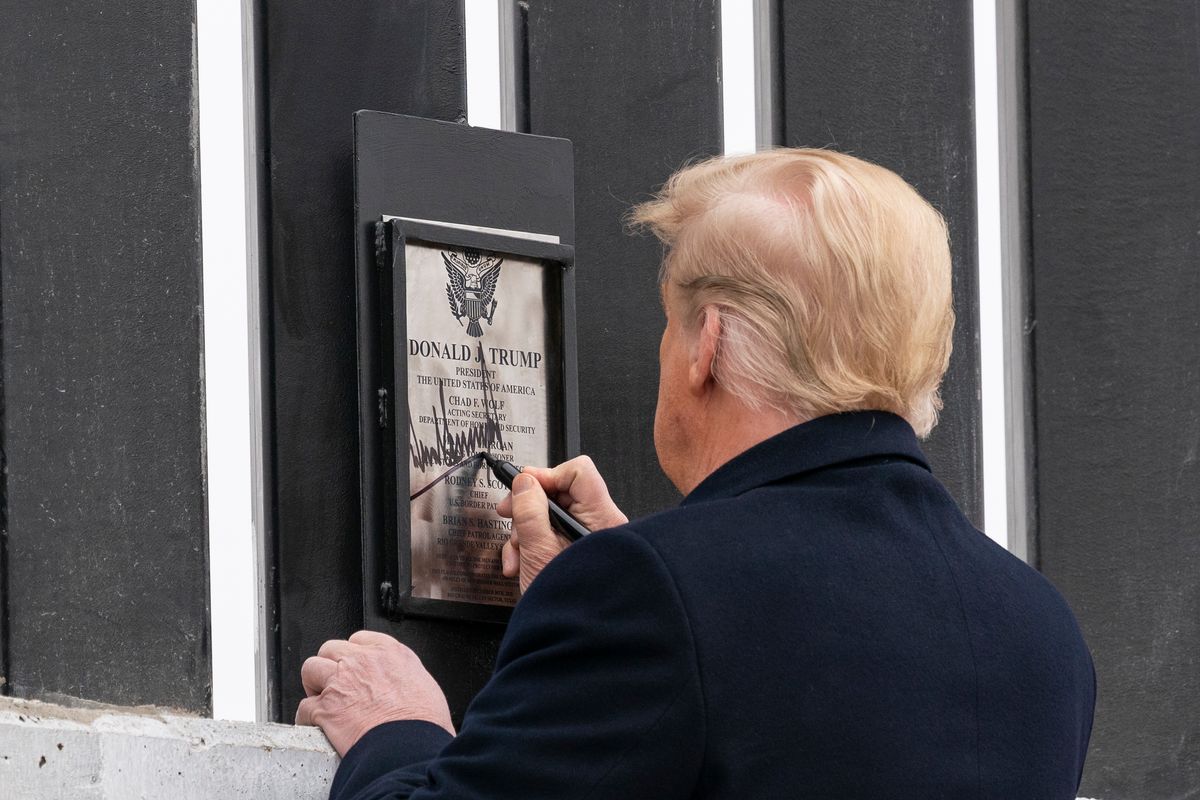 On his first day in office, President Joe Biden made official what should have been obvious: There is no emergency at the southern border, other than perhaps the humanitarian crisis brought about by the Trump administration’s own immigration policies. Biden’s executive order rescinding Donald Trump’s 2019 declaration of a national emergency will halt further construction of a wall that has stigmatized immigrants, harmed the environment and served as an ugly symbol of xenophobia.

But while Biden’s order will end this particular abuse of presidential emergency powers, it will not safeguard our democracy from future abuses. Trump’s presidency revealed a fatal weakness in the law governing national emergencies. And the time to fix that law is precisely when the White House is occupied by someone who is unlikely to abuse it.

Under the National Emergencies Act, the president has near-total discretion to declare a national emergency. Such a declaration in turn unlocks powers contained in more than 100 different provisions of law. These include authorities not just to reallocate military construction funds, as Trump did for his border wall, but to take over radio stations, control domestic transportation, and suspend the prohibition against government testing of chemical agents on unwitting human subjects. There are also powers that allow the president to detail members of the U.S. armed forces to other nations and to prohibit or limit the export of any agricultural commodity.

Most Americans would be shocked to discover just how many national emergencies are currently in force and what powers they give the president. Since the law’s enactment in 1976, presidents have declared 69 national emergencies; 39 remain in effect today. Most are for the purpose of imposing economic sanctions on hostile foreign actors. The emergency power that authorizes those sanctions, however, is broad enough to permit the targeting of Americans—allowing the president to freeze their bank accounts and make it illegal to give them a job, rent them an apartment or even sell them groceries.

Ironically, when Congress passed the National Emergencies Act in 1976, its purpose was to rein in presidents’ excessive reliance on emergency declarations. To that end, the law included a significant check against presidential abuse. It allowed Congress to terminate emergency declarations using a so-called “legislative veto”—basically, a law passed with a simple majority that would take effect without the president’s signature. In 1983, however, the Supreme Court ruled that legislative vetoes are unconstitutional. Today, if Congress wants to terminate an emergency declaration, it must pass legislation that the president signs into law or (more likely) muster a two-thirds supermajority in each house to overcome the president’s veto.

The consequences of gutting Congress’ role became apparent two years ago, when President Trump declared a national emergency to secure funding for a wall along the southern border. At the time, unlawful border crossings were hovering near a 40-year low, and Congress had already considered and denied Trump’s request for several billion dollars in funding. In a rare bipartisan rebuke, Congress voted twice to terminate the border wall emergency. But it was unable to override Trump’s vetoes, and the declaration remained in place.

Litigation has proved an inadequate substitute for congressional intervention. For one thing, in the absence of any statutory definition of “national emergency,” courts have avoided the question of whether an emergency actually existed. They have focused instead on other legal problems with Trump’s actions. And even though some judges have found those actions unlawful, the government generally has been allowed to continue construction pending the lengthy appeals process. All in all, the Trump administration was able to complete work on more than 450 miles of barrier fencing.

Trump’s abuse of emergency powers prompted multiple reform efforts in Congress, with several bills introduced in both houses. The leading proposal would require national emergency declarations to terminate after 30 days unless Congress voted to approve them. This would give the president flexibility when it is needed most—in the immediate aftermath of an emergency—while ensuring that Congress can provide a backstop if the president overreaches.

The approach has broad bipartisan support: A Republican bill was approved by the Senate Homeland Security Committee with the support of all committee Democrats, and a version was incorporated into two major Democratic reform packages. The bill excludes emergency declarations that rely solely on the sanctions authority, as that authority is routinely used for purposes Congress endorses. Lawmakers are nonetheless considering alternative ways to amend that power to provide checks against misuse.

There is some danger, though, that momentum for reform could wane—particularly among Democrats—now that Biden has taken office. He has not stated his position on emergency powers reform, and lawmakers generally are averse to measures that would constrain presidents of their own party. Moreover, some members of Congress might view Trump as an aberration, trusting that Biden and future presidents will adhere to the norms of self-restraint that by and large guided past presidents’ use of national emergency declarations.

That would be a mistake. Once shattered, norms are not easily put back together. Trump demonstrated that emergency powers can be a convenient tool to evade the will of Congress on questions of policy. The temptation to deploy that tool will prove irresistible sooner or later.

Indeed, the next abuse could be much worse. Although Trump misused emergency powers on several occasions, he stopped short of deploying some of the most potent authorities—such as one provision that could potentially allow the president to control U.S.-based Internet traffic—to try to sway the election, or to hold on to the White House despite his electoral loss. If the United States ever again has a president committed to undermining democracy, emergency powers could be a key part of the strategy.

Whatever the next abuse might be, if we wait until it occurs, it will be too late. Reforming emergency powers at that point would require either the signature of the very president who wants to exploit them or that rarest of congressional actions, a veto override. Only a president who has no intention of misusing emergency powers would be willing to sign such reforms into law. Paradoxically, action must be taken when the risks are lowest.

Some Democrats might worry that Republican lawmakers would place party over the public interest and block Biden’s actions in a genuine emergency. That is possible, but unlikely. The leading reform proposal would allow Congress to approve an emergency declaration by a simple majority—which Democrats currently have—with no opportunity to filibuster in the Senate. What’s more, even during the Trump administration, when Republicans controlled the Senate and almost always acted in lockstep with the president, they broke rank on emergency powers: Twelve Republican senators voted to terminate the border wall emergency, and 19 cosponsored a bill to reform the National Emergencies Act. And in all cases, the president would have 30 days to make full use of emergency authorities. On balance, the odds of successful obstructionism in a true crisis are much smaller than the likelihood of a future president harnessing these dangerous authorities for personal or political gain.

There are myriad laws and institutions in this country that are meant to serve as guardrails for our democracy. The silver lining of Trump’s disastrous presidency is that we now know exactly where the weaknesses in these guardrails lie. Failing to address them when we have a chance to do so would be civic malpractice. The time to reform emergency powers is now—under a president who seems more inclined to rescind bogus emergency declarations than issue them.