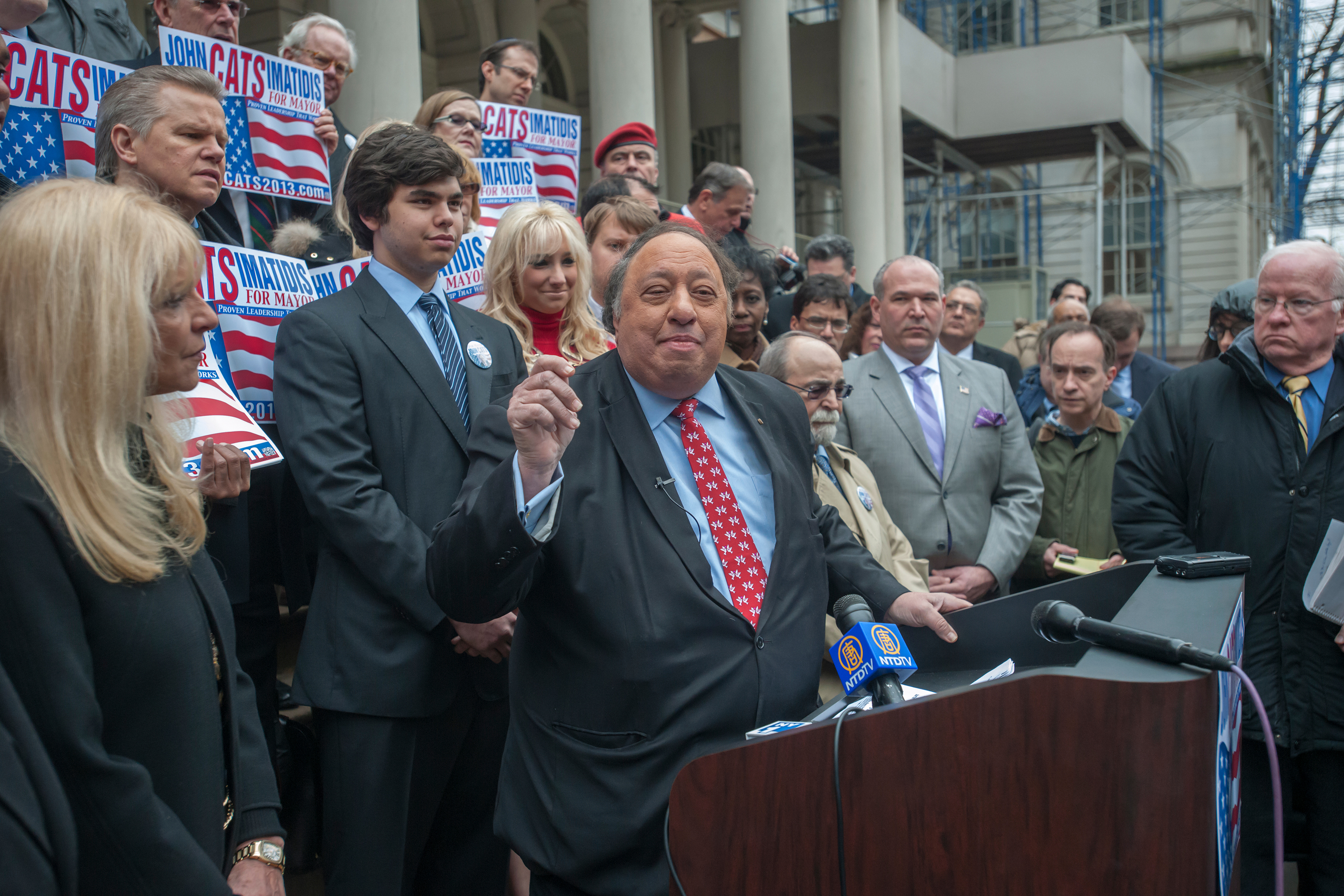 New York City businessman John Catsimatidis, a Republican, has floated the idea of running for mayor as a Democrat. | rblfmr/Shutterstock

Bruce Teitelbaum of the Upper West Side was a Republican until late last year. But a fear that he’d be voiceless in choosing the next mayor drove him to become a Democrat.

“We’re tired of being presented with choices that don’t really reflect what most folks in New York are looking for,” said Teitlebaum. “What you got is a city that is overwhelmingly Democratic so the general election doesn’t really count for anything. Mayor and citywide elected officials are really chosen in the primary.”

Teitelbaum is among the organizers of an upstart volunteer-run group, New Yorkers United for Change, that’s vying to shake up the political system.

The group is currently urging some of the 1.6 million New York City voters who are registered as Republicans, unaffiliated or with a third party to sign up as Democrats ahead of a Feb. 14 party-switch deadline.

The goal: to cultivate a voting bloc that seeks tougher stances on policing, budgeting and other top issues in the coming citywide elections — and can help a moderate mayoral candidate win the June 22 Democratic primary.

Teitlebaum is not alone in his thinking.

With city Democratic politics moving to the left under influence from groups like Democratic Socialists of America and the Republican ballot line tarnished by the Trump administration’s chaotic end, the stakes — and opportunity — are high for more conservative players seeking to influence the election.

A political committee started by a Manhattan investor has spent $1.5 million so far to get other voters to switch to the Democratic Party. Even John Catsimatidis, a longtime Republican whose daughter chairs the Manhattan GOP, is considering running for mayor as a Democrat.

All told, the 1.6 million non-Democrats are outnumbered two to one by registered Democrats citywide. But as THE CITY has reported, using statistics from the state Board of Elections, Democratic registration growth has lagged that of other parties, even as voter rolls swell.

Aside from Staten Island, the city’s lone Republican stronghold, eastern Queens, including Flushing and Bayside, and Manhattan’s Upper East Side are home to the most non-Democrats, state data shows.

Spokespeople and chairs for the five New York City Democratic county committees didn’t return requests for comment on the efforts to bring outsiders into the Democratic primary pool.

Until this year, a New York voter looking to switch had to act roughly six months ahead of a party primary. But after supporters of Democratic socialist Bernie Sanders complained that the rule prevented them from participating in the 2016 presidential primaries, the Legislature ultimately set a fixed Feb. 14 annual deadline.

Now it’s pro-business forces that are seizing the opportunity to lead new herds into the Democratic primaries, whose June date is nearly three months earlier than in citywide elections past.

Lisa Blau, whose husband, Jeff Blau, is the CEO of Related Companies, has launched Be Counted NYC, a political committee that has raised and spent $1.5 million as of January 15 — all paid for by Blau, state Board of Election records show.

Most of the money went to a Manhattan based data-mining firm, Project Applecart, that holds a patent for a method of targeting and mobilizing voters using emails, social media and other digital tools — which “can be especially effective in primary elections,” according to the patent.

“If additional voters were to be mobilized in low-turnout elections, especially primary elections, and those voters reflected a broader spectrum of political views than the hyper-partisan, highly ideological voters who typically dominate such elections, then candidates with broader views…may have a serious chance to win.” 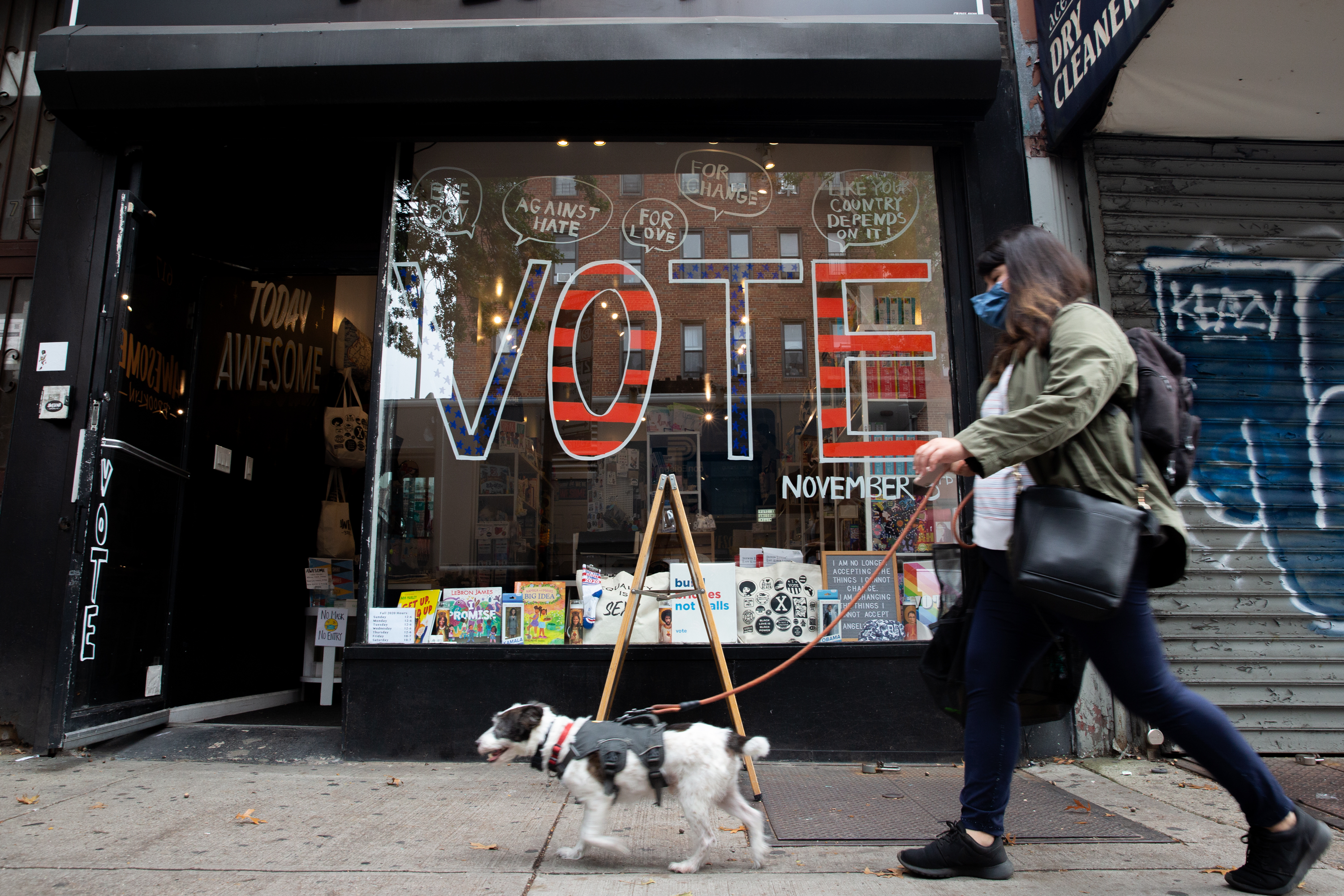 THE CITY Helps You Navigate the 2021 Elections

The Civic Newsroom is an ongoing series of posts and events with news you need to know about the decisions that could shape New York City for years to come.

Blau did not respond to a request for an interview or to questions emailed by THE CITY. But she told Catsimatidis on WABC radio Wednesday that her group hopes to temper “activist” turnout, saying: “The way primaries work right now is undemocratic.”

“The way our parties work now you end up with activists in the most extreme ends of the political spectrum showing up to participate,” she added.

“And we want as many voters to participate as possible. This really has nothing to do with ideology. I’m not looking to change anyone’s ideology. I just want everyone to have a chance to influence the outcome.”

Complicating the electoral picture is the arrival this year of ranked choice voting, in which voters pick up to five candidates in order of preference.

Doug Muzzio, a political science professor at Baruch College, said that it’s hard to say which candidate might benefit from the party-switching campaigns in the new ranked choice world. 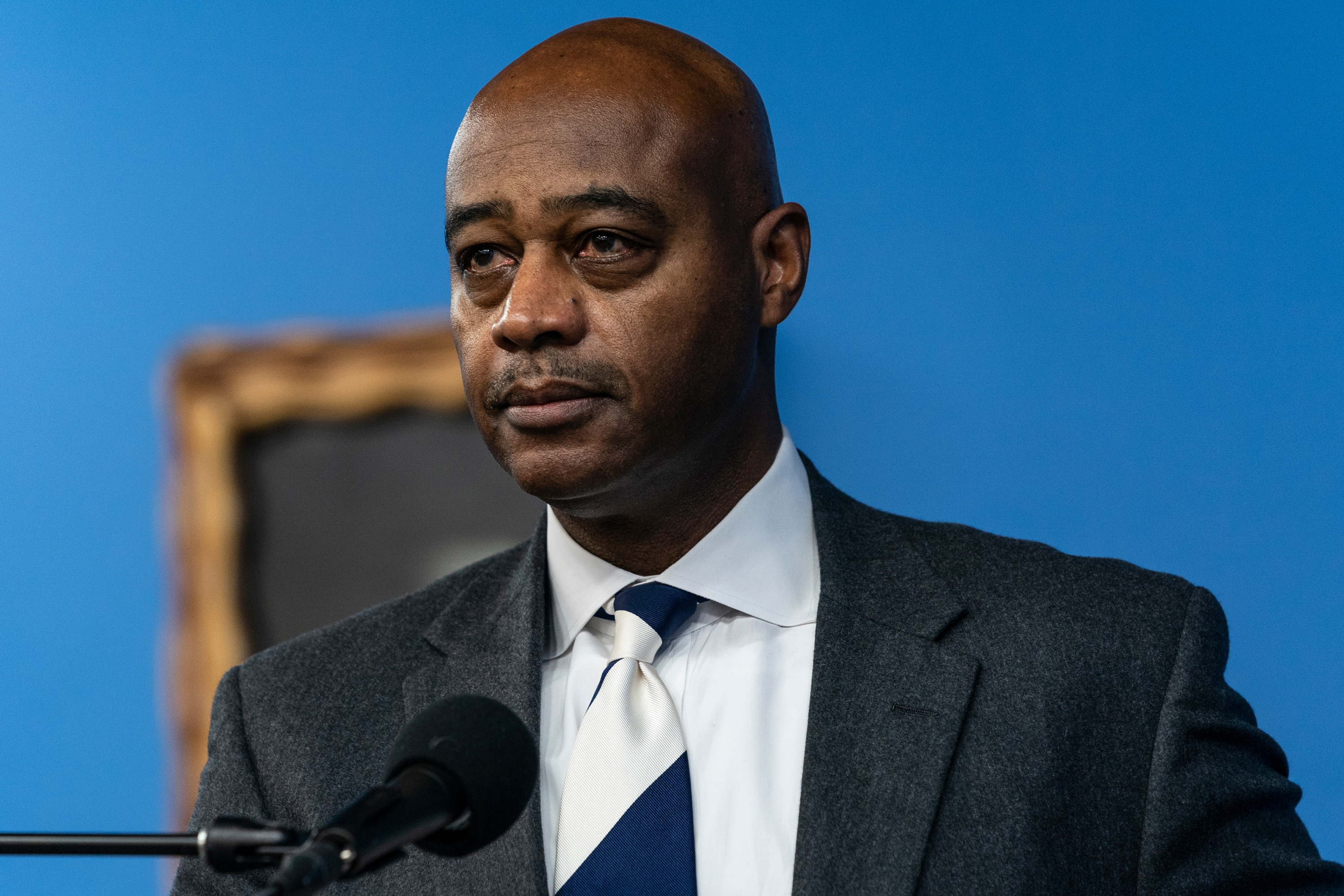 Another wild card is voter turnout, which typically has been low in local elections.

Meanwhile, several smaller political parties — Independence, Green and Libertarian — are set to lose ballot lines after failing to accrue enough votes in the November 2020 elections under tougher thresholds set by the state.

Frank Morano, who served as a local chairperson for the Independence and Reform parties, told THE CITY that alternative-party voters won’t be easily swayed.

“I can see some voters recognizing the practicality of participating in the Democratic Party primary,” said Morano. “And I could see other voters being even more solid in their resolve not to become part of the system that they believe has caused so many problems. I don’t think you’ll see minor party voters act as a monolith. You’ll see a diversity of opinions.”

Instead, Morano said, it would be more helpful to bankroll a campaign to permanently install nonpartisan elections in New York City, as in Chicago and San Francisco.

Gerald Kasser, chair of the New York Conservative Party, said that his party saw modest growth in 2020, signaling to him that more New Yorkers are disillusioned with the Democrats. Republicans enrollment growth sends the same message, he said.

Ultimately, though, he suspects conservatives would be turned off by self-styled moderates like McGuire.

“I’m not really concerned about it,” said Kasser of the campaigns to parachute into the Democratic primary. “I just think they’re wasting a lot of money.”

THE CITY is an independent, nonprofit news outlet dedicated to hard-hitting reporting that serves the people of New York.