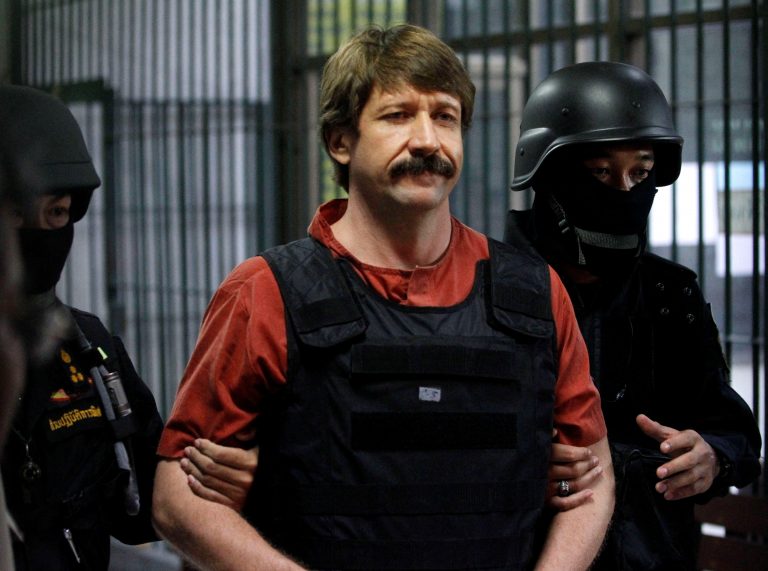 President Joe Biden on Thursday traded Viktor Bout, the notorious international arms dealer known as the “Merchant of Death,” to Russia for U.S. basketball player Brittney Griner, who was arrested at a Moscow airport earlier this year with cannabis oil in her luggage.

But how exactly did Bout earn his nickname?

A former Soviet military translator, Bout supplied arms for deadly conflicts around the world by using his air cargo companies to smuggle weapons from Eastern Europe to Africa and the Middle East in the 1990s and early 2000s. Bout allegedly delivered surface-to-air missiles to Kenya for an attack on an Israeli airliner in 2002. And four years later, Bout reportedly met with Islamic terrorist organization Hezbollah prior to the Lebanon War. The “Merchant of Death” also had a “considerable commercial presence in Libya” during former leader Muammar Gaddafi’s reign, according to intelligence records found in the country in 2011.

U.S. officials under the Bush administration captured Bout during a 2008 sting operation in Bangkok, where the arms dealer believed he was meeting with Colombian narco-terrorist group FARC to secure the sale of 100 surface-to-air missiles and rocket launchers. Bout was extradited from Thailand to the United States in 2010 on terrorism charges including conspiracy to provide material support to a designated foreign terrorist organization, conspiracy to kill U.S. nationals, and conspiracy to kill U.S. officials. A U.S. jury sentenced Bout to 25 years in prison in Manhattan in 2011.

While Biden agreed to swap Griner for Bout in a deal announced Thursday morning, the Democrat did not secure the release of Paul Whelan, a former U.S. Marine whom Russia convicted in June 2020 on espionage charges that American officials have called manufactured. Russia did not agree to include Whelan in the deal, according to the New York Times, leaving Biden to agree to a “one-for-one swap.”

The post Who Is Viktor Bout, the ‘Merchant of Death’ Arms Dealer Biden Traded to Russia For Brittney Griner? appeared first on Washington Free Beacon.