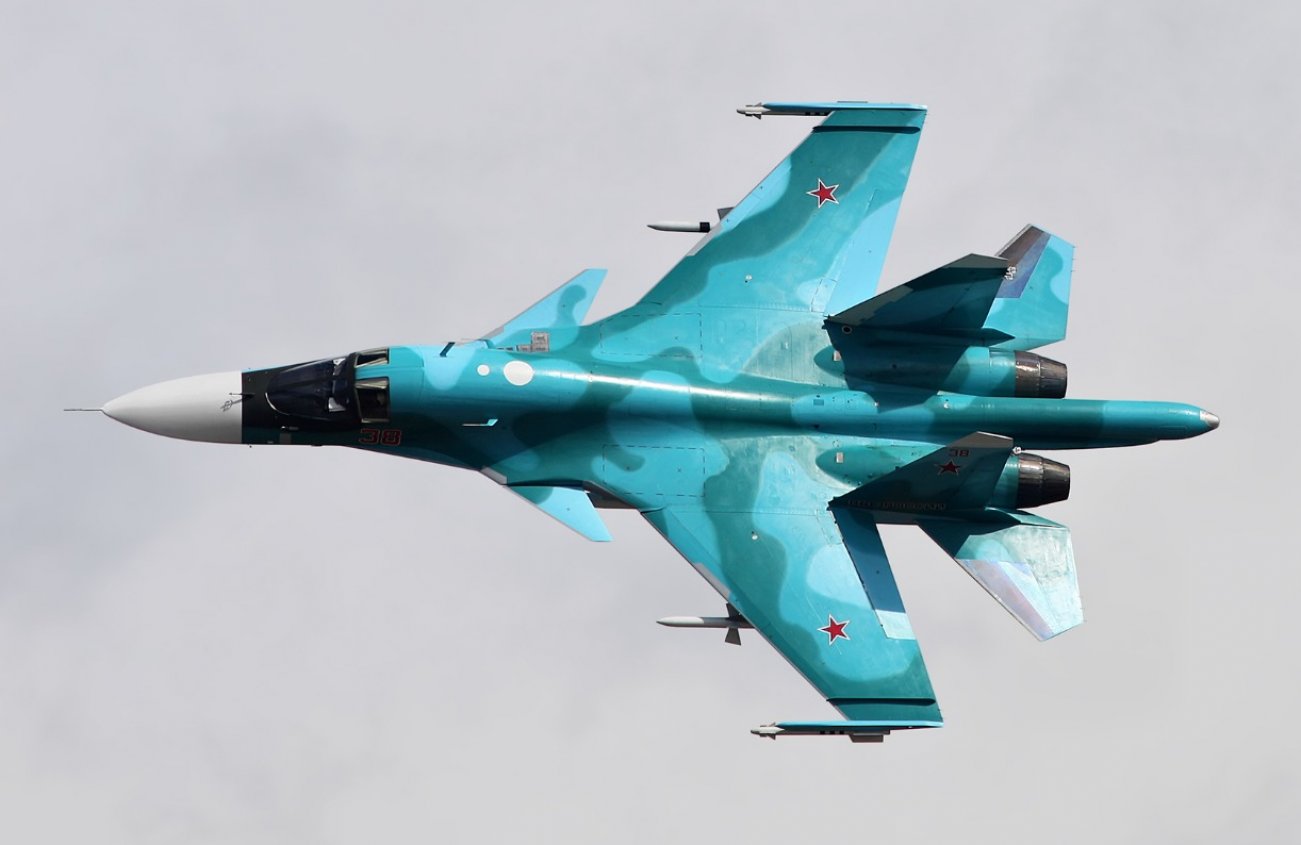 Designed primarily for medium-range ground attack missions under any weather conditions, the Su-34 boasts a prodigious and constantly-expanding armaments suite.

Here’s What You Need To Remember: Moscow was, by all accounts, immensely pleased with the Su-34’s Syrian performance: as Russia’s Deputy Defense Minister Yuri Borisov put it, “It [the Su-34] showed itself from the best side in the Syrian conflict and has an enormous modernization potential. It is practically a fifth-generation aircraft.”

The Sukhoi Su-34 (NATO reporting name Fullback) is among Russia’s most capable strike fighters, blending a time-proven airframe design with a raft of modern performance features.

The initial round of research and development into what would eventually become the Su-34 began in the early 1980s, with the Soviet air force seeking to phase out both the aging Su-24 “Fencer” attack fighter and Tu-22 bomber with a new platform that combines advanced ground-attack capabilities with maneuverability. The Soviet aircraft industry produced a handful of Su-27 variants over the following years, though their relation to the later Su-34 remains disputed. A precursor to the Su-34 dubbed the “Su-32FN,” finally emerged in 1995, but the program languished from erratic funding and inconsistent political support in the decade following the Soviet collapse.

The Su-34 program was revived in earnest only in the early 2000s; by then, many of its internal components teetered on the edge of obsolescence. What followed was a thorough refit and modernization effort, with the Su-34 receiving digital onboard controls, a more streamlined navigation system, and improved electronic countermeasure (ECM) capabilities.

The Su-34 formally entered service in 2014 as an all-weather, two-seat, supersonic Generation 4+ strike fighter. The Su-34’s three surface design notably includes a duckbill-shaped nose cone, two tail fins broadly reminiscent of the Su-27, canards to assist with maneuverability, and a side-by-side cockpit that can potentially facilitate improved communication between the two pilots.

Two advanced Su-34 variants are in development: an electronic warfare (EW) plane that can reportedly mask the movements of friendly fighters so effectively that it’s as though they “simply disappear from enemy radars,” and an intelligence, surveillance, and reconnaissance (ISR) variant for data-gathering operations. The baseline Su-34 configuration includes khibiny pods, a powerful jamming, and countermeasures system. Future specialized Su-34 models will ship with the new “Pika-M ” reconnaissance radar, boasting a detection range of up to 300 kilometers.

Designed primarily for medium-range ground attack missions under any weather conditions, the Su-34 boasts a prodigious and constantly-expanding armaments suite. Its 12 hardpoints are compatible with a slew of air-to-air, anti-ship, and air-to-ground, and cruise missiles, as well as numerous entries from Russia’s vast catalog of TV, laser, satellite-guided bombs.

It is unclear when the Su-34 first saw combat, with some reports alleging that early Su-34 models conducted ECM warfare against Georgian air defenses during the Russo-Georgian War of 2008. Barring a handful of sporadic Su-57 test runs, the Su-34 is widely regarded as the most technologically advanced aircraft deployed by Russia’s air force in Syria during the Syrian Civil War. Su-34 formations struck rebel and ISIS  positions with guided bombs on several occasions from 2015 to 2016, while air-to-air missile-equipped Su-34’s patrolled Syrian airspace after Turkish F-16C fighters shot down a Russian Su-24 in late 2015.

Moscow was, by all accounts, immensely pleased with the Su-34’s Syrian performance: as Russia’s Deputy Defense Minister Yuri Borisov put it, “It [the Su-34] showed itself from the best side in the Syrian conflict and has an enormous modernization potential. It is practically a fifth-generation aircraft.”

With as many as 120 models currently in service and several waves of upgrade packages already in the works, the Su-34 is on track to become a staple of Russia’s tactical bomber force for decades to come.

Mark Episkopos is the new national security reporter for the National Interest. This article first appeared earlier this year.